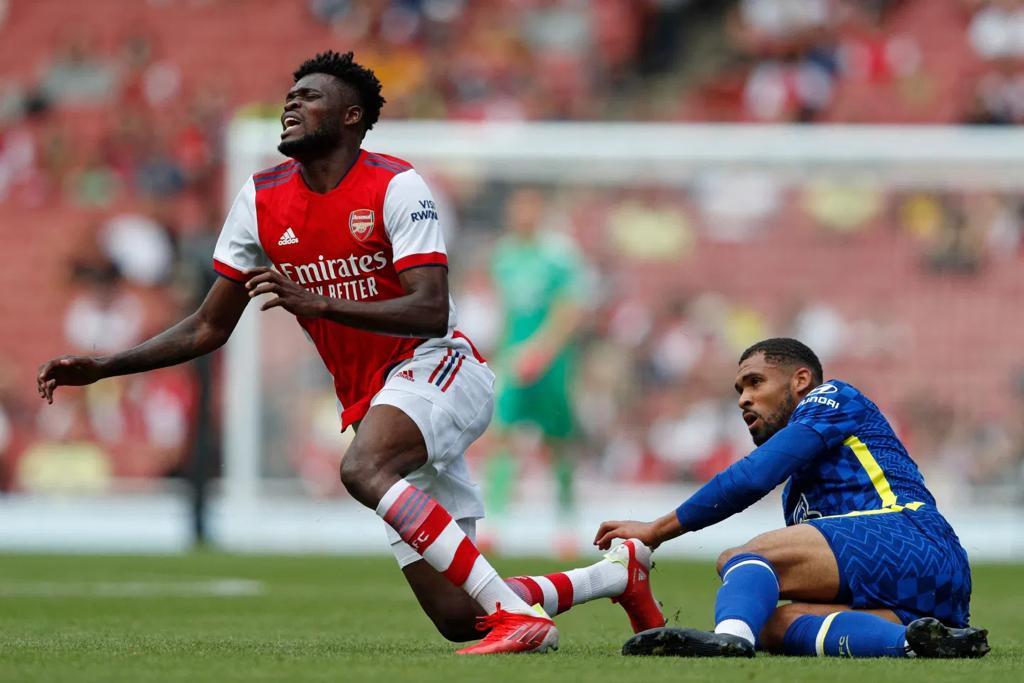 Midfielder Thomas Party is facing a spell on the sidelines after suffering an ankle injury on Sunday, 1 August 2021, in a pre-season friendly against Arsenal.

The Ghana international had to be substituted in the first half at the Emirates.

Partey appeared to have damaged his ankle under a first-half challenge by Ruben Loftus-Cheek.

He received extensive treatment in the 34th minute, before trying to carry on.

But just six minutes later he was down again, and subsequently replaced by Granit Xhaka.

Partey battled injuries during his first season at the Emirates after making the switch from Atletico Madrid.