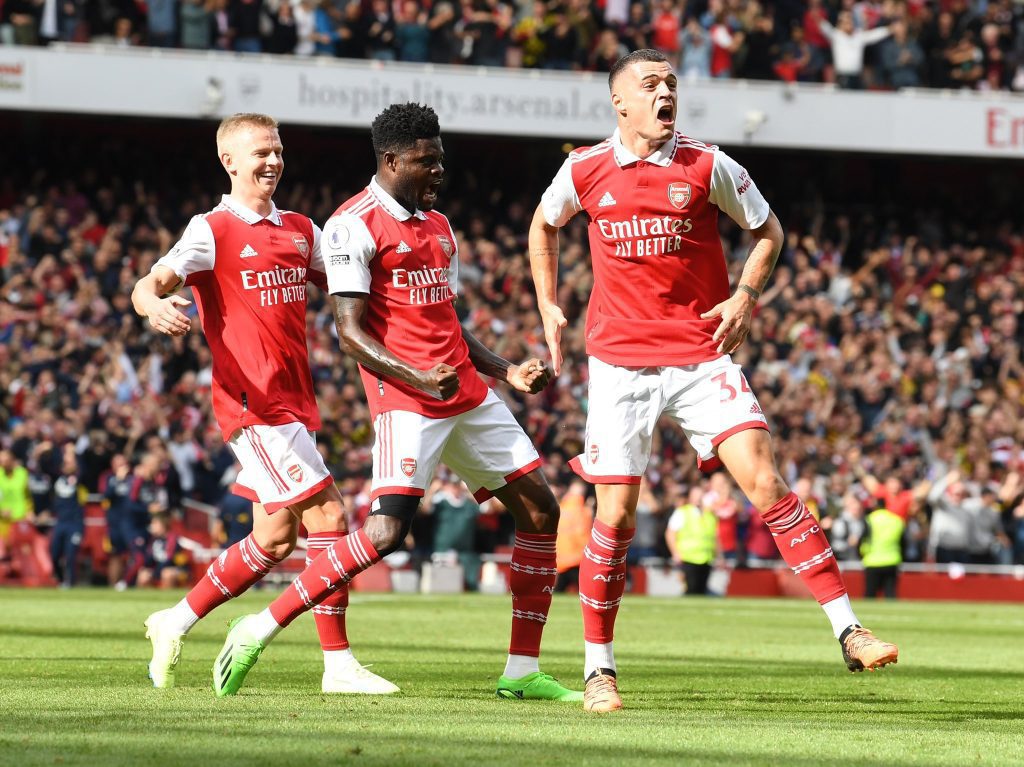 Thomas Partey's stunning opener in the North London derby between Arsenal and Tottenham at the Emirates Stadium on Saturday reminded everyone of his talent.

The midfielder set the tone for a memorable win when he curled home from outside the box to give Arsenal a deserved lead, and despite conceding through a penalty, they managed to put their fierce rivals to the sword with second-half goals from Gabriel Jesus and Granit Xhaka.

Mikel Arteta's side were superior throughout and Spurs' cause was not helped by Emerson Royal's red card for a second-half foul on Gabriel Martinelli.

Arsenal made a fast start and took a deserved lead when Thomas Partey side-footed a precise finish into the top corner from 25 yards after 20 minutes.

Spurs were handed a lifeline before the break when Gabriel's foul on Richarlison gave Harry Kane the opportunity to score his 14th goal in 18 derby games and his 100th goal away from home in the Premier League from the penalty spot.

Conte was attempting to make three changes when Granit Xhaka effectively ended the contest with a low finish past Lloris from inside the area.

There were initial concerns that Thomas Partey would not be available for the match after leaving Ghana's camp early due to a suspected knee injury.

He was declared fit on Friday, however, and he began the contest, putting on a fantastic performance, with the goal being the icing on the cake.

Arsenal fans gave Thomas Partey a standing ovation when he was replaced after 73 minutes, and he has received a lot of praise on social media.

Below are some tweets.

We need this man fit. pic.twitter.com/WAvP6a2QC8

That was a world class strike from Thomas Partey. Such a sweet strike in a big game!

Thomas Partey is not a name you often see on the scoresheet but when he scores it’s special 🇬🇭🔴 pic.twitter.com/Y9SvNDrwEw

Protect Thomas Partey at all costs.

Very SPECIAL goal to score in the North London Derby.

Thomas Partey dey shame all ein enemies, what a goal

Thomas Partey will have a better legacy in the premier league than Rooney and Scholes.