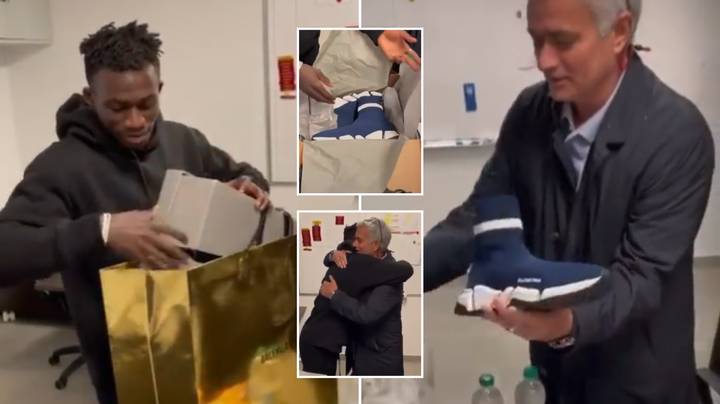 It has emerged that a racist remark was made while teen star Felix Afena-Gyan received a gift from AS Roma coach Jose Mourinho.

The Portuguese had promised the Ghanaian forward his favourite pair of shoes after his two goals secured a crucial 2-0 victory against Genoa in Serie A on Sunday night.

Mourinho fulfilled his promise by buying €800 worth of Balenciaga shoes for the 18-year-old. The presentation was filmed and shared on social media.

However, it appeared that someone not captured passed a racist remark, saying “there are bananas inside” as Afena-Gyan unpacked the box given to him by Mourinho.

Afena-Gyan was making just his third appearance for the Roma first team and he made the most of it this time.

He came on in the 74th minute and eight minutes later, delivered a fine finish to put Roma ahead in the difficult game.

His second was absolutely stunner as he curled the ball into the far top corner from outside the box after evading a challenge.

Afena-Gyan joined the Italian club in January this year, moving straight from lower-tier of Ghana football.