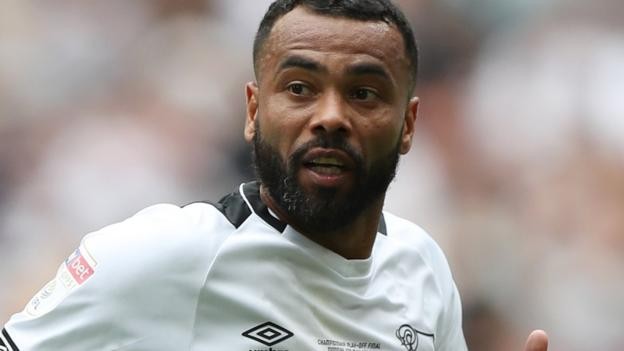 Former England and Chelsea left-back Ashley Cole is likely to retire from playing after not being offered a new contract by Derby County.

Cole, 38, joined the Rams on a short-term deal in January and made 12 appearances, including the Championship play-off final defeat by Aston Villa.

He confirmed when he joined the club that he would "probably" end his career at the end of the season.

The 27-year-old made 24 appearances in the 2018-19 season, establishing himself as Frank Lampard's first-choice keeper.

Midfielder Craig Bryson, 32, who has made 251 league appearances for the club since joining in 2011, has been offered a new deal.