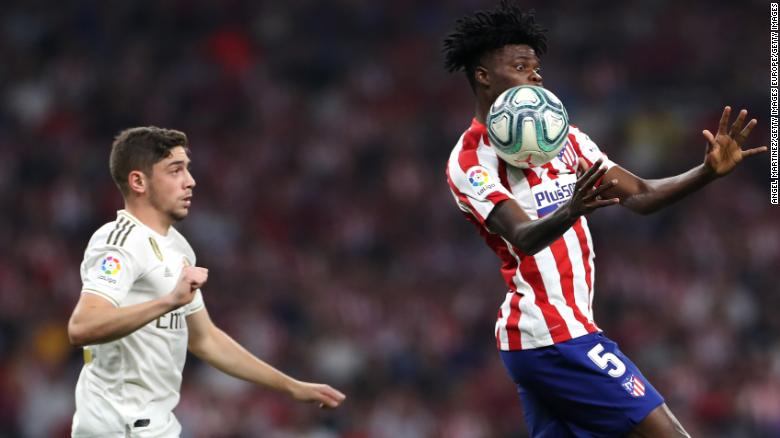 Ghana midfielder Thomas Partey has disclosed that he remains calm and ignores racist chants any time he is abused.

Racism has been worse this season in some of the major leagues in Europe including the La Liga, with Inaki Williams the latest victim.

Partey, who has been on the receiving end in the past says he just loves to enjoy the game and not listen to any racist slurs.

"It happens, but I just try to be myself, always, not to listen to them, and enjoy my game," Thomas Partey told CNN. "When you try and control it, it will come back. I'm there to play. As long as you don't give your mind to them, it will never affect you," he added.

Parety has been in stupendous form for Atletico Madrid this season, and scored over the weekend as the Rojiblancos settled for a 2-2 draw at Valencia.

The 26-year old is in the Atletico Madrid team that will host Liverpool in the UEFA Champions League round of 16 clash on Tuesday night.

"We know it's not going to be easy," says Partey. "But every team who gets to the last 16 is one of the best teams in Europe. We're used to difficult situations.

"We'll do our homework and I'm sure we'll be at the level we're supposed to be. We don't think of the end, we focus on now, and build our confidence until we can achieve what we are going to achieve."