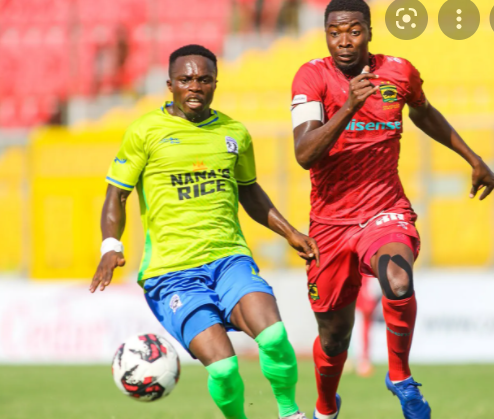 Ghanaian winger Augustine Okrah has written a thank you letter to Bechem United following his transfer to Tanzanian side Simba SC.

The 28-year-old signed a two-year contract with the Lions of Msimbazi.

In the letter, Okrah expressed his gratitude to the Ghana Premier League club for their unwavering support and love throughout his stay.

Okrah stated, "Bechem, without a shred of doubt, has been a good place to me and I’ll forever remember everything we’ve shared together."

"I became a club legend not only because of my talent but through the support and encouragement everyone around gave me even when I didn’t deserve it."

Okrah rejoined Bechem United at the start of last season after leaving Asante Kotoko. It was his second stint after excelling in his first, scoring 16 goals and winning the league's top scorer award in 2014.

He lived up to expectations by scoring 18 goals to help Bechem United finish in the top four and reach the MTN FA Cup final.

"My second coming was remarkable and I hope to reunite with this amazing club in the future even if it is after retirement."