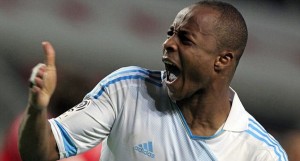 Ayew, who is the key player for French side Marseille, has been linked with several clubs in England because of a strong showing this season.

Arsenal, Liverpool andNewcastle have all been linked with a

Waddle, who was Andre father Abedi Peleâ€™s team-mate at Marseille when they won the Champions league title in 1993, says Dede must continue to develop at the French side before sealing the move toEngland.

"Give him two or three years, before that," Waddle said.

"He can make it inEngland. But first he must continue learning in Marseille."

Marseille have stated that they are not willing the sell Ayew in the January transfer window.