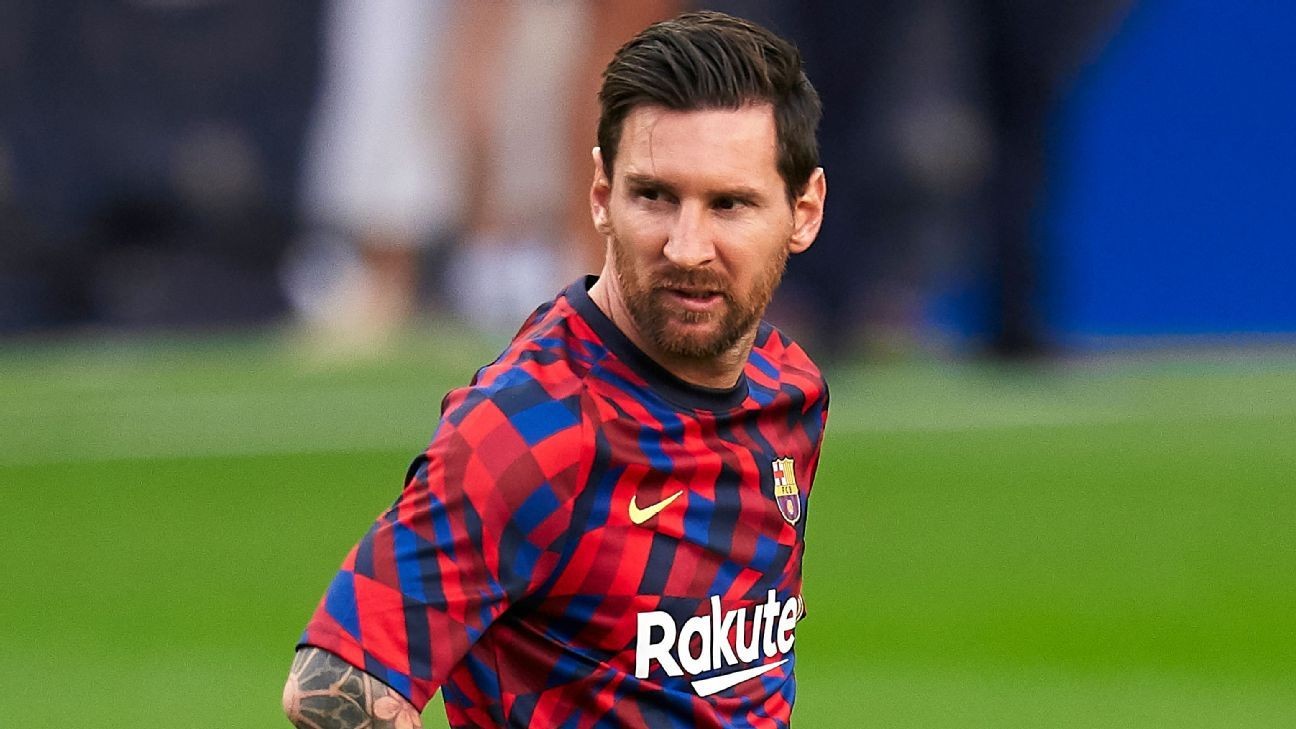 Barcelona presidential candidate Emili Rousaud has said he would hold a referendum to rename the club's stadium "Camp Nou Leo Messi" if he wins the elections on Jan. 24, he announced on Thursday.

The 54-year-old said: "Regardless of the fact that [Messi's] contract expires at the end of this season, because he is the present and at the same time living history of world football and of Barca, I intend to propose to our members via a referendum for the stadium to be renamed the 'Camp Nou Leo Messi."

• Thousands gather to honour Maradona
• No fans at Utd, City; up to 2k at Chelsea
• Maradona's lawyer wants inquiry
• Villas-Boas: All clubs should retire No. 10
• Argentina legend Maradona dies at 60

Messi, 33, becomes a free agent next summer, and clubs are free to approach him from January.

The Argentina star announced in August his wish to leave Barca, the club he joined in 2001, but he was forced to make a U-turn when the Catalan giants demanded his €700 million buyout clause.

The Barca captain recently stated he was "tired of always being the problem with everything that goes on at this club."

Use this bullet point:

Messi, who has scored six goals and set up four more in 11 appearances in all competitions this season, was rested in Tuesday's 4-0 win at Dinamo in the Champions League.

Rousaud, who was former Barcelona vice-president under Josep Maria Bartomeu, also revealed he intends to bring back Neymar to the club provided the Brazil star withdraws the lawsuits he has against the club.

Neymar left Barca after Paris Saint-Germain activated his €222m buyout clause in August 2017 but demanded the Spanish club to pay him a renewal bonus for a contract extension he had signed a year earlier.

He was heavily linked with a move back to the Camp Nou last summer but the transfer move never materialised.

"We are working on bringing two top players," Rousaud said. "Once he withdraws the lawsuits agaianst Baca, we will work on bringing back Neymar."