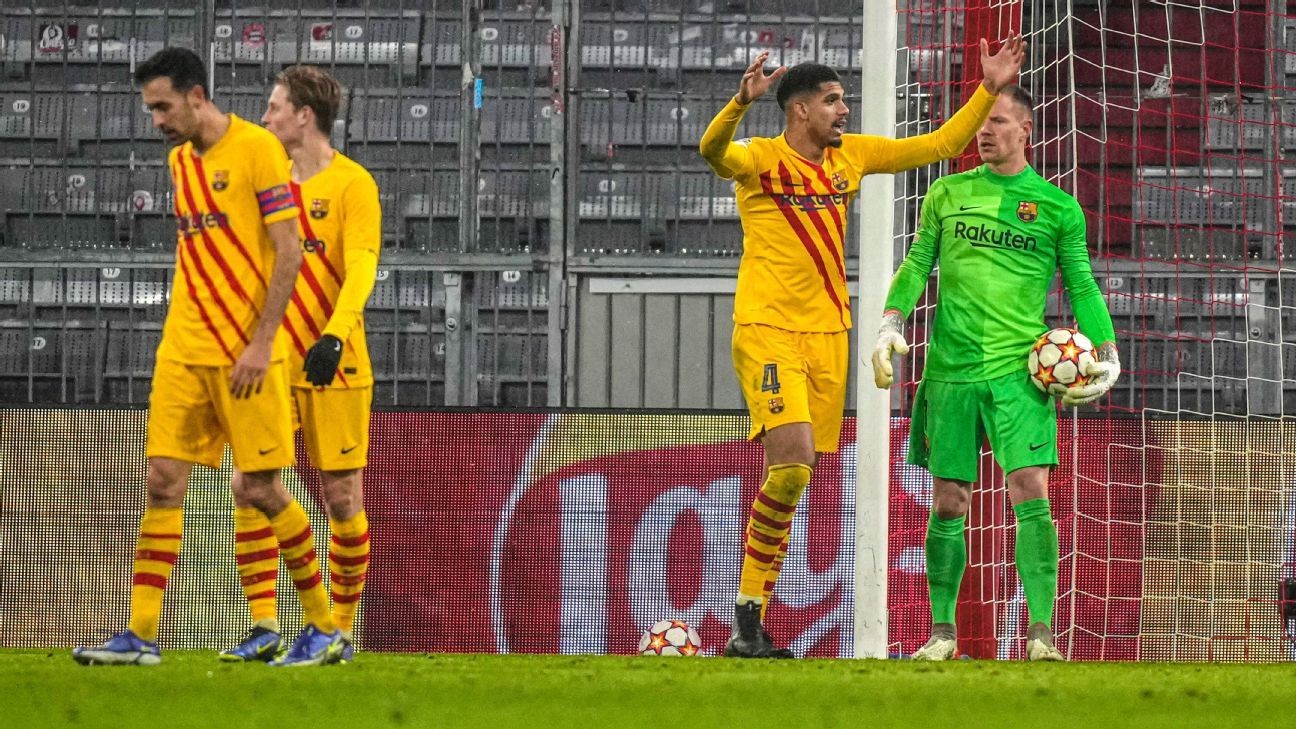 Bayern Munich beat Barcelona 3-0 to send the LaLiga side out of the Champions League knockout rounds and into the Europa League on Wednesday at the Allianz Arena.

First-half goals from Thomas Muller and Leroy Sane set Bayern on their way, with the result put well out of reach for Barca with Jamal Musiala/s strike just past the hour mark to seal a perfect record in Group E for the Bavarians.

Benfica beat Dynamo Kiev in the other group match of the day to ensure new Barca coach Xavi Hernandez's team would miss out on the UCL round of 16 for the first time since 2004-05 during Lionel Messi's first season with the club.

Barca did not compete in the 2003-04 Champions League, while Benfica secured second in the group with their win, while Dynamo's European campaign is over for the season.

Barca, who made not a single chance in the second half and scored just twice in six group games, have lost their last two matches in all competitions following new Xavi's first defeat in charge of the side by Real Betis on Saturday.

Despite having secured top spot in the group, Bayern coach Julian Nagelsmann fielded his strongest possible team, refusing to rest top players after they beat Borussia Dortmund 3-2 in the Bundesliga on Saturday.

The German champions had been struggling defensively, keeping just one clean sheet in their last eight matches prior to Wednesday.

Jordi Alba tested Bayern keeper Manuel Neuer with a long-range effort in the seventh minute and Ousmane Dembele fired over the bar as the Spaniards initially pressed high. But that was all that was to come from the Barca attack for the rest of the game as the Germans gradually took control.

A scintillating Muller run down the left caught Barca napping but his cutback came just too late for Robert Lewandowski who failed to tap in from a metre.

The roles were reversed with Lewandowski chipping the ball into the box and Muller heading in his 50th Champions League goal in the 34th minute, becoming only the eighth player in Champions League history to reach that mark.

Bayern scored again before the break with a Sane missile from 25 metres out. Barcelona, who needed a win to advance, failed to carve out a chance in the second half before Musiala's 62nd minute tap-in sealed their exit.