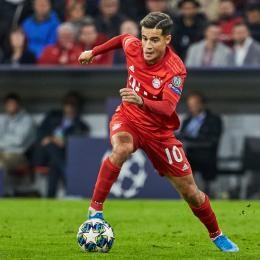 Back to Barcelona FC, after his not so successful Bayern Munich loan spell, Brazilian international attacking midfielder/winger Philippe Coutinho (28) is still on the verge to leave Blaugrana for good. To this end, Kia Joorabchian, former Liverpool playmaker's agent, told talkSPORT: "Philippe loves Premier League. He'd like to join back, but we all must keep in mind the financial terms aren't irrelevant. Once Champions League's over, we'll sit together with Barça, and decide whatever we are going to do. We can't however rule out a permanence scenario". Tracked by several clubs, including Leicester City and Tottenham, Coutinho has been heavily linked to an Arsenal move.