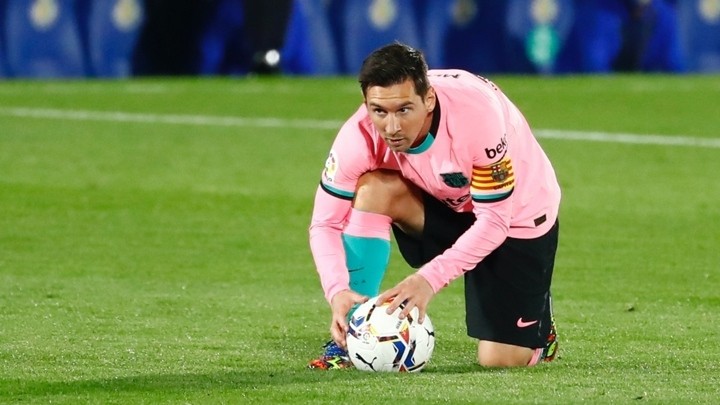 Barcelona head into a tough set of fixtures without their talisman on top form. Lionel Messi was far from his best during the defeat to Getafe on Saturday, but there are more difficult tests to come.

On Tuesday, Ronald Koeman's side play their first Champions League match since the 8-2 loss to Bayern Munich at the quarter-final stage of last season's competition - a result which, of course, prompted Messi to hand in a transfer request.

The Catalans play host to Hungarian club Ferencvaros at the Camp Nou just four days before the first Clasico of the campaign. Real Madrid will also visit Barcelona's home for the clash in LaLiga Santander.

Koeman will almost certainly be expecting a reaction from Los Blancos after they were beaten by Cadiz earlier on Saturday.

The following Wednesday, the Blaugrana are in Champions League action again, but Juventus will surely pose a much sterner test than Ferencvaros in Turin. Cristiano Ronaldo's participation in that game is still up in the air after his positive coronavirus test.

Messi will want to be at his best in these games, but he is going through one of the worst scoring spells of his career at the moment. Since lockdown disrupted last season, the Argentine has scored seven goals in 19 appearances for his club.

This term, Messi has scored just once in LaLiga Santander and that came four games ago in the opening fixture against Villarreal as he converted a spot kick. He did net for Argentina during the October international break, but that also came from the penalty spot against Ecuador.

Another worrying statistic is the number of times Messi has given the ball away this season. He's lost possession a total of 68 times in Barcelona's first four league matches - 16 times against Villarreal, 19 against Celta Vigo, 16 against Sevilla and 17 against Getafe.

Nothing has really been the same for the 33-year-old since that transfer request at the end of August and the internal conflict with Barcelona that ended up with him staying at the club.