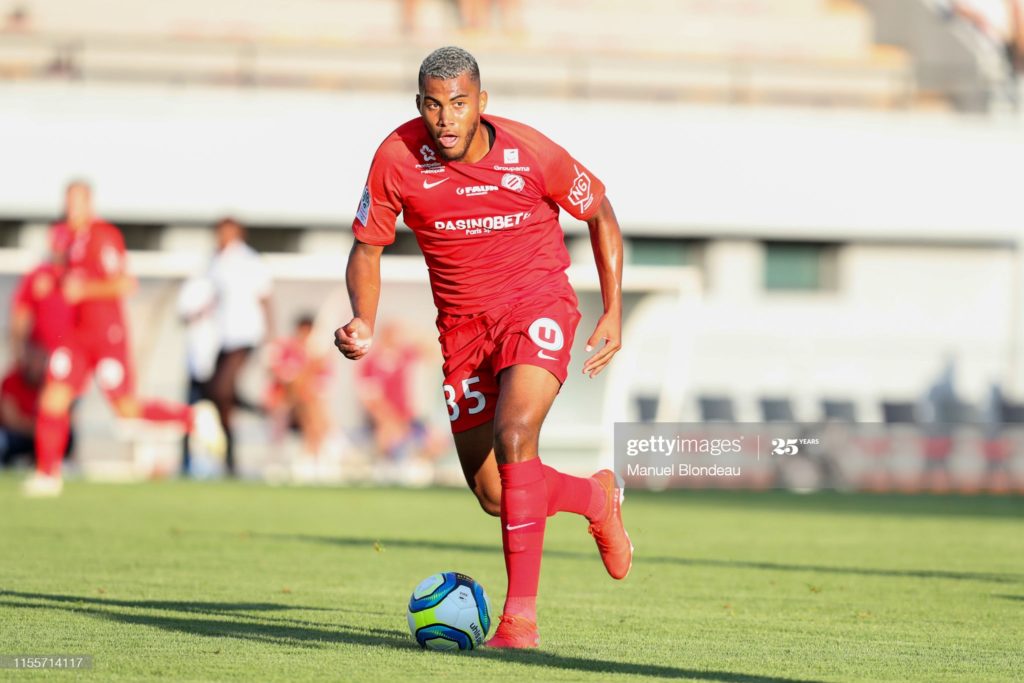 Bastian Badu of Montpellier during the Friendly match between Montpellier and Beziers on July 12, 2019 in Millau, France. (Photo by Manuel Blondeau/Icon Sport via Getty Images)

Badu will spend the 2020/2021 season on loan at Chambly as he seeks for much playing minutes this campaign.

The 20-year-old was loaned out to Chambly in January 2020 after a blistering first half season at Montpellier II in the Championnat National 2.

He scored twice in 7 matches in the fourth-tier of French football before joining the Ligue 2 side where he made four appearances.

Badu has represented France at the U18 level having played three times and scoring once.