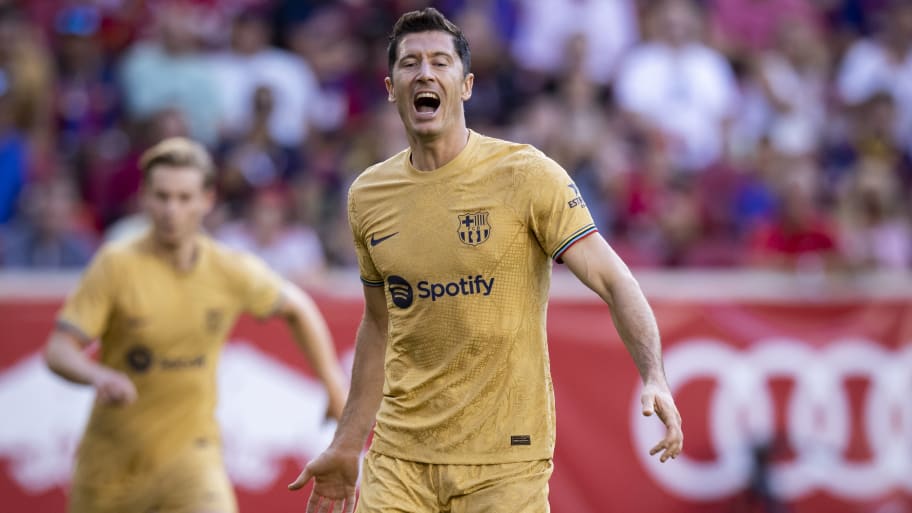 Bayern Munich have questioned Robert Lewandowski's claims that lies were told about his desire to leave the German side for Barcelona.

Hitting out at the 'bulls**t' claims that Bayern's interest in Erling Haaland was to blame for his departure, Lewandowski claimed that the Bundesliga champions tried to find any excuse to sell him this summer.

It's all got a little ugly now, with the two clubs trading barbs over Barcelona's spending ability this summer, and now Lewandowski's comments have drawn a frustrated response from Bayern sporting director Hasan Salihamidzic.

"I don't understand it at all," Salihamidzic told Bild. "My father always taught me that when you leave, never close the door with your behind. Robert is headed in the direction of doing exactly that.

"It's something Bayern does not accept."

Salihamidzic managed to hold his tongue when asked for a reaction to Barca president Joan Laporta's recent praise of Lewandowski for forcing his way out of Bayern.

"I'll talk to Laporta when we see each other next time," Salihamidzic responded.

It's an ugly ending to an illustrious eight years in Munich for Lewandowski, who departed with an unbelievable record of 344 goals and 72 assists in just 375 appearances for Bayern.


This article was originally published on 90min as Bayern Munich bite back after Robert Lewandowski 'lies' accusation.