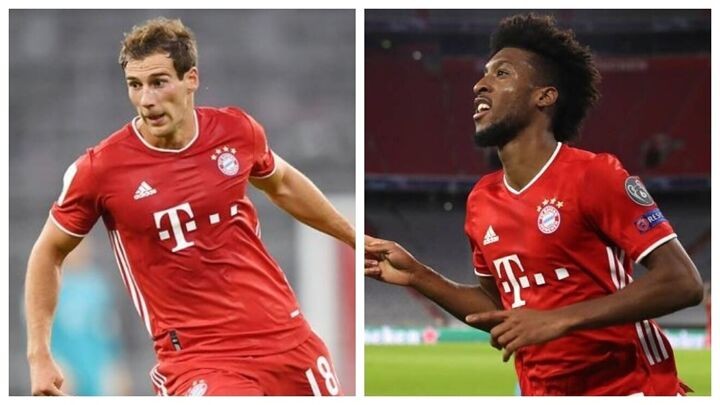 Bayern Munich are facing a challenging summer, as they are caught between trying to maintain their financial stability and the competitiveness of their squad through contract renewals.

The Bundesliga side have been hit hard by the COVID-19 pandemic, but they are also unwilling to lose two key first-team players in Leon Goretzka and Kingsley Coman.

Goretzka's contract is up next summer and Bayern are determined to avoid the possibility of losing one of the finest midfielders in European football on a free transfer.

As for Coman, whilst his contract ends in the summer of 2023, the fact that his agent is Pini Zahavi, a man with whom Bayern have endured bitter clashes recently, has made contract negotiations extremely difficult.

When Leroy Sane completed his transfer last summer, his wages were put on par with those of the side's three most important players: Manuel Neuer, Thomas Muller and Robert Lewandowski.

The Polish striker earns more than the 20 million euros that each of the other two captains make annually, and Sane's wages have led Goretzka and Coman to look for significant increases.

Goretzka arrived in Bavaria on a free transfer in 2017, and it has been reported that Bayern have offered him a new deal worth 12 million euros per year.

The club have tabled the same offer for Coman, but Zahavi is looking to secure a renewal worth 12m euros net per year, which has proved a major stumbling block in contract negotiations with his club.

"If a player asks for double of what you offer him, you can't keep on negotiating and you have to tell him to listen to offers," ex-Bayern player Dietmar Hamann said.

We have already seen Bayern choose to sell key first-team players over contract disputes, with Toni Kroos moving to Real Madrid in 2015 and David Alaba following in his footsteps in this transfer window.

However, Bayern also know that they cannot afford to dismantle their squad, given the difficulty of securing major signings in the current climate and also the negative impact that making the squad less competitive could have on fellow squad members.

It has also been reported that Zahavi is threatening Coman's departure on a free in order to lay the groundwork for his potential renewal at the club.