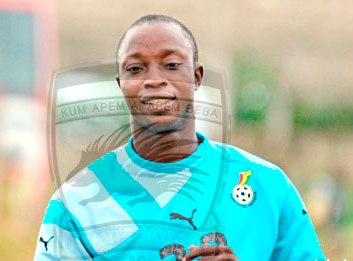 Asante Kotoko goalkeeper Isaac Amaoko says his side are bent on beating every opposition to preserve their 100 percent record at the start of the season.

A 63rdÂ minute strike from defender Eric Donkor proved enough to fetch the fourth consecutive win for the champions against All Stars on Wednesday.

Kotoko have now clinched every single point at stake so far in their Premier League title defenceÂ including a famous win over rivals Hearts of Oak.

The Porcupine Warriors are huge favourites to extend their impressive record when they host struggling debutants Inter Allies this weekend in Kumasi.

And the in-form goalkeeper reckons his side is primed to beating any opposition in sight.

â€œIt was a very difficult game [against All Stars] but thankfully we were able to come away with a win,â€ he told Metro FM.

â€œIt is a sweet victory far away in Wa. We are determined to score every team we play.

â€œAnd now the focus now is to go and beat Inter Allies.â€