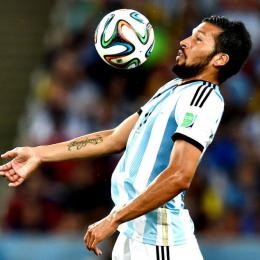 According to O Jogo, former Argentinian international centre-back Ezequiel Garay (33), who left Valencia after four seasons in, on a free move, is again in talks with Benfica over a move back. Former Zenit player, who used to play for Portuguese giants from 2011/12 to 2013/14, helping Aguias win the tune of four national titles in a 3-season run (including 2013/14 Primeira Liga), is also tracked by Inter Milan and AS Roma, as well as by both Sevilla sides.