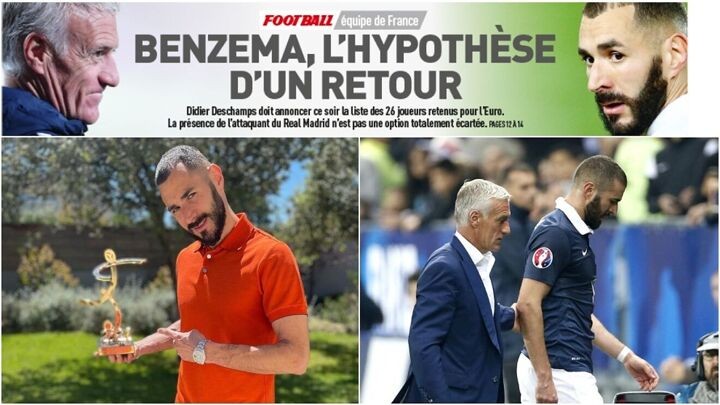 Karim Benzema outshone every other French footballer this season. He was better than Hugo Lloris, N'Golo Kante, Ousmane Dembele, Real Madrid teammate Ferland Mendy and all the others, as he was named as the best French player playing overseas by the France's National Union of Professional Footballers (UNFP).

It's the second time that Benzema has won the award, having also claimed it in 2019, despite not being used by Didier Deschamps' national team during that time.

The No.9 is proud to have been recognised for his season, which could still end with Real Madrid winning LaLiga Santander, and he has scored 29 goals across the course of the campaign.

"I'm very honoured to have received this trophy for being the best French footballer abroad," Benzema said on social media. "Thank you to all of the players who voted for me.

"Thanks to my fans as well for their support and unwavering trust. This award is for you."

The award came the day before Deschamps names his France squad for the European Championship this summer.

While it's unlikely that he'll be selected, L'Equipe have suggested that there is a small chance that the door could be reopened for him.