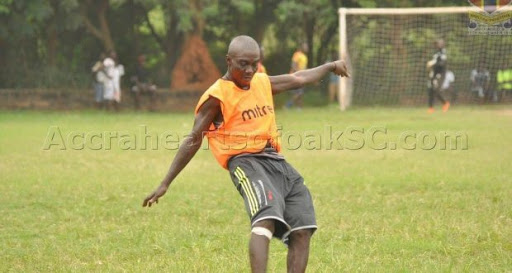 Former Hearts of Oak star, Bernard Don Bortey has stated emphatically that he will coach the senior national team of Ghana one day.

Bortey is revered for his exploits in football domestically, but many also believe he failed to fulfill his full potential due to indiscipline at certain points in his career.

The former Ghana international has been working on becoming a coach and has hopes of leading the senior national team in future.

Although the ex-Hearts maverick won multiple titles with the club, he reveals the game has not made him rich however he is sure of becoming a successful coach in future.

"I’m proud of the popularity I enjoyed in football at Hearts of Oak even though football did not make me rich, but I know coaching or my kids will make me," Don Bortey added.