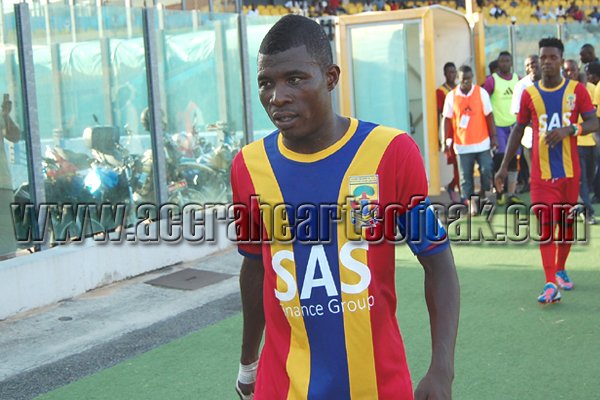 As the Championship of African Nations- CHAN kicks off in South Africa next week and with the official release of Ghana 23 man squad for the tournament which features exclusively home-based players of the quailed countries.

If the call-ups were indeed based on current form in the league as been presumed, I would have gone for Hasaacas goalie George Owu and Ashgold's Robert Dabuo.

The ex Stars glovesman has had a reinvigorated season with Hasmal and contributed immensely to the young team's inspiring position on the league table.

Look at GPL statics shows that Owu has been the best of the three selected goalkeepers as he's conceded the least. Owu has let in 9 in 12 matches.

Only Ashgold's Robert Dabuo betters this record. Aduana Stars relatively has a strong defence than Hasaacas but this has been their worst start to the season in the top flight.

Stephen Adams has conceded an incredible 16 goals in 13 matches.

Foli Adade has had some howlers too. He was best at Dwarfs but hasnt had the best of intergration into the Medeama set up yet.

Benefit of the doubt to the coach, he knows best.

Asante is one of the only three outfield players who have had a 100% start in the league. Very agile, pacey and defends so well.

Not suprising when Maxwell Konadu invited him for the Wafu tournament and even gave him a start ahead of the more accomplished Godfred Saka.

A moment of madness against Benin saw him take an early shower and I put that down to inexperience. His talent just needed some psyche up and encouragement to be polished.

The quiet assassin needs no introduction on the local scene.

The second player in the Ashgold defence after Robert Dabuo who has been practically ever present and a rock.

The Ghana U-20 is one of the most complete center-backs I've watched in the premier league era and he surely will hit the top with such high standard displays and excellent technical ability.

The Miners conceded 9, the least by a club in the first round and much of this rested on the workmanship of the Lartey.

Coupled with is exposure and national team experience with the Black Satellites, Law is most definitely a player fit for the bill.

Medeama came in with a bid for this chap in the transfer window but was thrown out by Grunsah. Pius has exhibited one of the most professional performances Iâ€™ve seen from the King Faisal player in many years.

He has adapted so well into the team since his move from lower side Mobile FC.

I donâ€™t know if anybody has watched any King Faisal match this season and realized a very fine centre defensive partnership.

The other one who does the cool sweeper role is Ransford Kwakye but the other who does majority of the aerial and hard tackling blocks is Baffour.

Looks and plays exactly like John Boye. Thats him.

Hearts of Oak have had that bad a season but their off field imbroglios seem to have overshadowed many great performances.

Owusu Bempah is one of the few players in the local scene who have that utility quality. He's so adept at both laterals and can also be used effectively in the defensive midfield role (evident in the win game against Amidaus)

He has started in all but one game this season and hasnâ€™t had a bad day.

The choice of Francis Morton isnâ€™t bad because of his set pieces specialty but very questionable as the Dwarfs defender has not been regular this season even at club level.

Morton has had only 9 starts in 15 and didnâ€™t feature in any of the last 3 matches of the first round. If there was any Dwarfs defender who merited a call into this team, it was skipper John Arthur.

Aduana stars only lively performer this season. Allan was a destined for th top but has had so many parking spaces along the way to the top.

So glad he has finally rediscovered the touch of class that made him a toast.

Has scored four already this season and has been in an electrifying form. His mates know his quality already. I need not extol his virtues myself.

Moro's inability to make the cut came as a shock to many. This lad has his own own unique style and he could have left the shores of Ghana for big money seasons ago but for Togbe Afedze.

Only Berekum Chelsea's Jackson Owusu comes close to Moro in the holding role.

The Hearts of Oak man is exceptionally good in shielding the back line, he's fantastic in breaking the opposition attack as well as initiating attacks of his team.

The bruising bulldozer never plays at anything less than full throttle, and he is not one to pull out of tackles due to safety concerns.

His energy and physicality are much appreciated by the Phobian faithful and even some Kotoko fans.

Moved from a more advance role to a deeper position by Yusif Basigi, Richard Yamoah is a proficient instigator of attacking play from his deep-lying position, but is especially adept at running on the wings and cutting in from the inside.

A telling statistic for Yamoah: 14 games, 4 goals and 4 assists. He and Samuel Afful have put in superb displays to push Hasaacas this far and more will be seen I guess.

I'm surprised he didnâ€™t even make the provisional list.

Few midfielders are as crucial to a team's style and system like Cobbinah was to Hearts of Oak under the Duncan era.

Cobbinah is an elegant dribbler who constantly caused havoc going forward and has scored 4 goals all outside the 18-yard box this season.

Such is a gem who has been left at home not because he isnâ€™t fit for the squad but because his team has failed to put things together in the boardroom.

Nobody, absolutely nobody can question Winful Cobbinah's talent and work ethics.

The Heart of Lions marksman has been phenomenal this season and four of his 5 goals have come on the road emphasizing his potency even in the thick of events.

He's got fine statistics too. He didnâ€™t quite make the start of the season until the preferred Tanko Mohammed missed out with injury.

Yeboah has stood in so perfectly and has shown such great class in pushing Lions to an inspiring 4th on the league log.

The Asokwa Deportivo youth product enjoyed a phenomenal start to the season with AshGold. Osei could have scored more but has only been disadvantaged by Coach Bashiru Hayford's defensive approach in away matches.

I've had the opportunity of watching him a couple of times this season and I believe Osei combines his physical stature with his supreme athleticism and technical ability.

With the physique of a bruising target man but the sublime skills honed mimicking moves and a powerful left foot his idol Roberto Carlos in his prime.