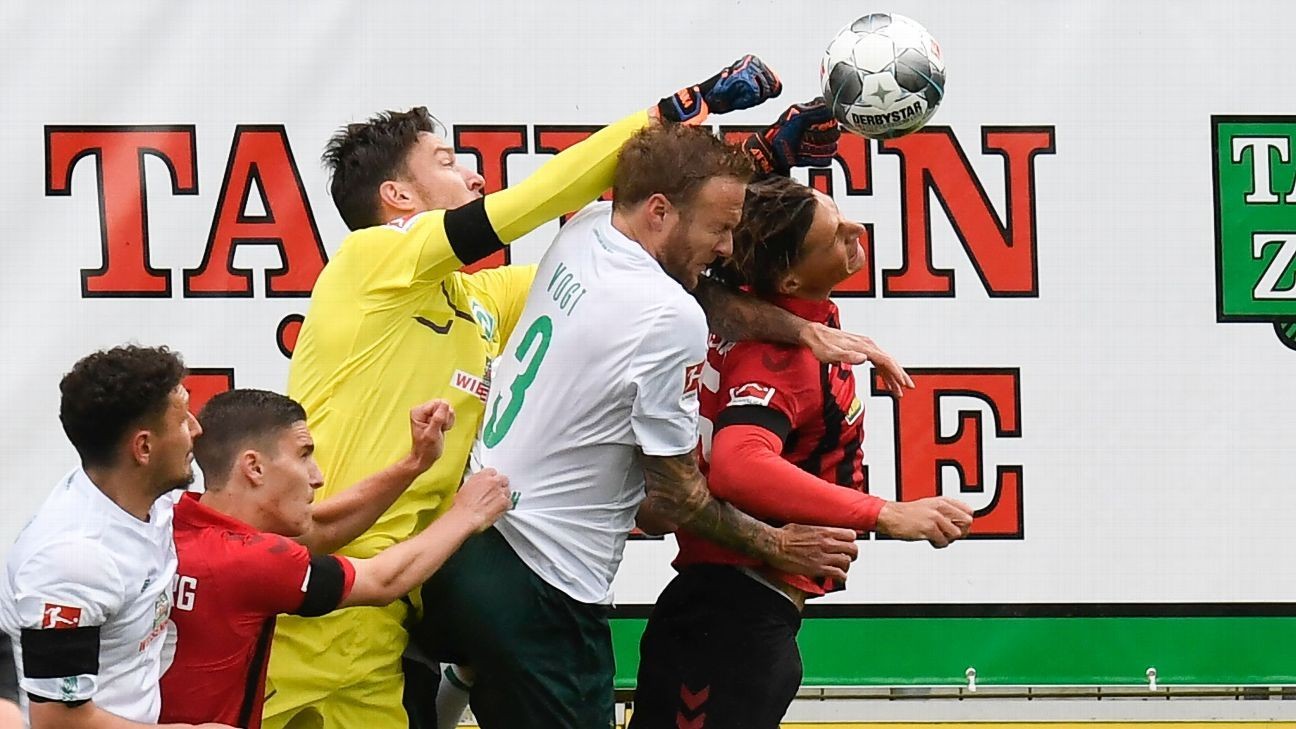 Werder Bremen midfielder Leonardo Bittencourt scored a brilliant first-half winner to seal a 1-0 victory at Freiburg on Saturday that reignited their hopes of staying in the Bundesliga.

The victory at an empty Schwarzwald stadium on the second weekend of Bundesliga action since the league resumed after the COVID-19 stoppage helped 10-man Bremen reach 21 points from 26 games, boosting their bid to avoid being relegated for the first time in 40 years.

They went ahead against the run of play in the 19th minute when Bittencourt ran on to a superb cross from fellow midfielder Davy Klaassen and finished into the bottom corner from distance for his third league goal of the season.

After Bremen midfielder Philipp Bargfrede was sent off in the 88th minute for a second yellow card, Freiburg had defender Manuel Gulde's late equaliser disallowed by the Video Assistant Referee for offside.