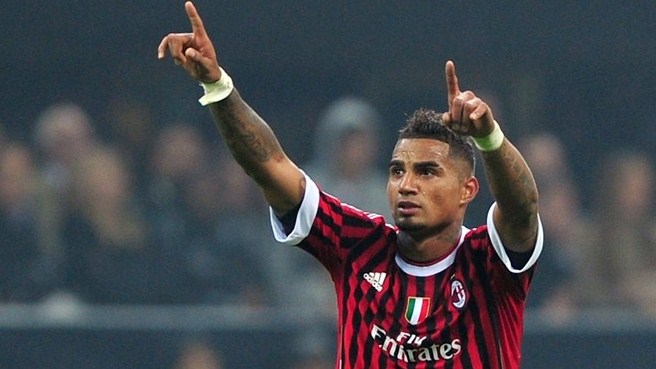 Kevin Prince Boateng believes it would be a â€˜hardâ€™ loss for Milan to take should they lose Thiago Silva to Paris Saint-Germain.

The Brazilian is set to complete his transfer for the Rossoneri to the wealthy Ligue 1 outfit at the reported value of about â‚¬50m, and despite the monetary gain it is the loss of quality in the Milan squad which Boateng holds fear for.

â€œTo everyone who asks about that [Thiago Silva],â€ the Ghanaian wrote on his twitter account. â€œI only hope Thiago Silva does not leave Milan and Italy.

â€œIf it were the case that we lose the best defender in the world it will be very hard.â€

Boatengâ€™s statements have equaled the sentiment of several players and above all Antonio Cassano who went on to state that the team will no long be competitive should they lose the defender.