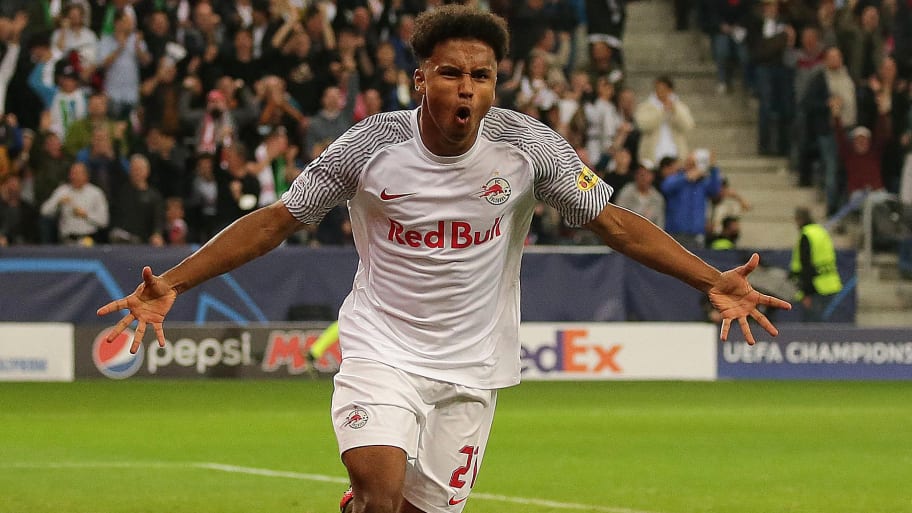 Borussia Dortmund have confirmed the signing of German striker Karim Adeyemi from RB Salzburg, which will be finalised in the summer.

The Bundesliga side are preparing to part ways with Erling Haaland, whose summer switch to Manchester City was confirmed just hours earlier.

They've wasted little time in sourcing themselves a replacement, with Adeyemi passing his medical and putting pen to paper on a five-year contract on Tuesday.

“As a young boy I was fascinated by the Black & Yellows’ fast-paced football," Adeyemi said. "That’s why, as soon as I heard Dortmund were interested in me, I knew I wanted to sign with BVB.

"I made the conscious decision to sign a long-term deal because I’m convinced that we’re going to form an exciting team, that with the support of the amazing fans in Dortmund will be able to compete for and win titles in the years to come.’’

Dortmund have been incredibly busy ahead of this summer, with Adeyemi following Niklas Süle and Nico Schlotterbeck in agreeing moves to Signal Iduna Park.

Incoming sporting director Sebastian Kehl added: "After the transfers of Niklas Süle and Nico Schlotterbeck, we are getting another very exciting player for next season with Karim Adeyemi. He is someone who has a strong affinity for BVB, who supported the Black & Yellows as a youngster and who decided to sign for Borussia Dortmund amidst several offers from Europe's top leagues.

"His speed and goal-scoring ability are impressive, and although Karim, at just 20 years old, is already at a very advanced stage in his development as a footballer and athlete, we still see enormous potential for more,"

Current director Michael Zorc added: "Karim Adeyemi is a highly talented, young German international who through his strong finishing and incredible pace will make a valuable addition to our attacking play."


This article was originally published on 90min as Borussia Dortmund confirm signing of Karim Adeyemi from RB Salzburg.