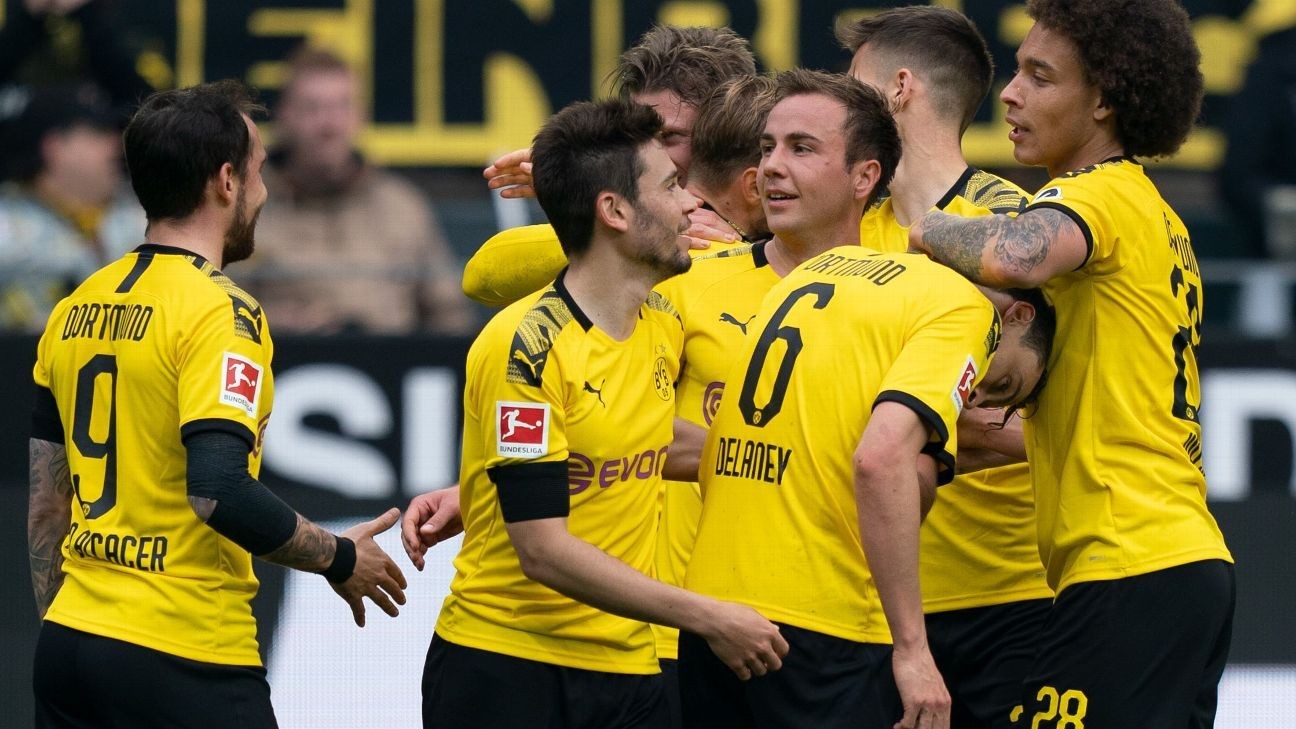 Christian Pulisic, playing his last home game for Dortmund, opened the scoring four minutes before the break with his first headed goal in the Bundesliga. It could be his last. The American midfielder is leaving for Chelsea in a €64 million deal agreed in January.

Dortmund keeper Marwin Hitz -- who was filling in for the injured Roman Burki - let Dusseldorf captain Oliver Fink's harmless-looking header slip through his fingers in the 47th.

Then came the news that Goretzka had scored for Bayern, but it was ruled out and Thomas Delaney restored Dortmund's lead over Düsseldorf in the 53rd.

Dodi Lukebakio missed a penalty for Dusseldorf, before Mario Götze thought he'd sealed it in injury time. Dawid Kownacki pulled one back, however, to set up another nervy finale.

Bayern Munich, who drew 0-0 against RB Leipzig, boasts a considerably better goal difference by 17 goals, meaning a draw against Eintracht Frankfurt in Munich next Saturday will be enough to seal the title. Dortmund must win at Borussia Monchengladbach and hope for a Frankfurt victory to take the title.