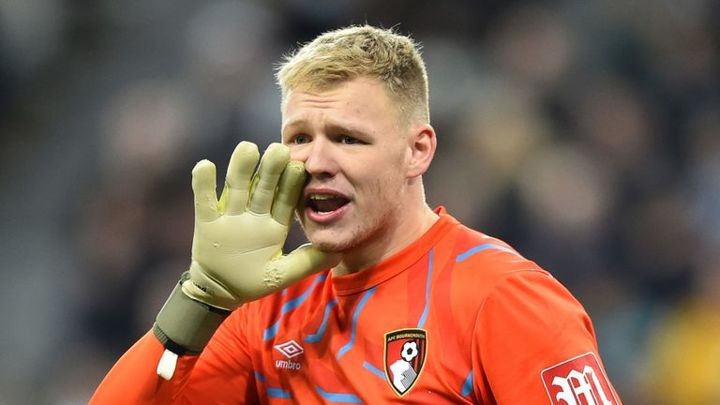 Bournemouth goalkeeper Aaron Ramsdale admits he was confused after becoming one of the two people from Premier League clubs to test positive for coronavirus in the second round of testing.

Ramsdale says he returned a negative test in the league's first round of testing on Monday, but in the second batch three days later he was shown to have contracted the virus.

The 22-year-old insists he remained cautious in the time between the two tests and says he must have been infected while on a trip to the shops.

"I've been trying to figure it out for the past two days," he told The Sun. "My test last Monday before we started training was negative.

"So this last week, I've done the usual things like going to the supermarket and going to the petrol station to fill my car.

"Once you've contracted the virus, it shows in your blood.

"That was obviously not the case [after the first test] and it's been the three days between the two tests when I've contracted the virus.

"I've been just as careful as before on lockdown and it seems to be a shopping trip where I've caught it."