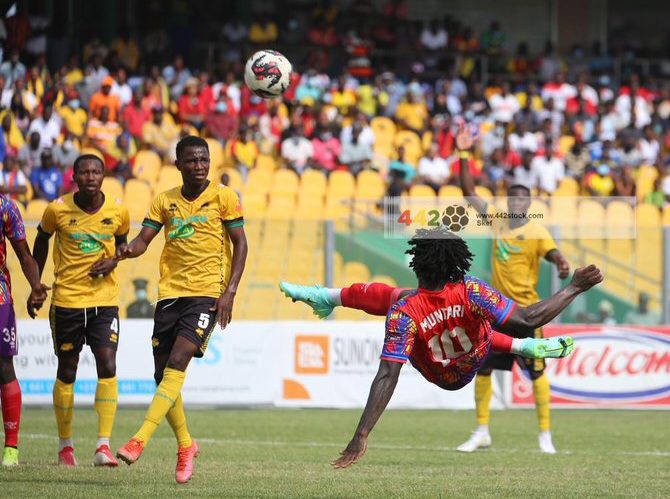 The Executive Council of the Ghana FA has decided to cancel the Champion of Champions game between Asante Kotoko and Hearts of Oak which was scheduled for next Monday.

The Champion of Champions is a one-off match which is also the curtain raiser for the upcoming season involving the Ghana Premier League champions and FA Cup winners in the previous season.

The first preliminary round of the CAF Champions League which has Kotoko facing Burkina Faso side Rail Club du Kadiogo is set for Friday, September 9, 2022.

On the other hand, Hearts have more than five of their players in the camp of the home based Ghana national team and may require a postponement of the Champion of Champions fixture.

The cancellation of the curtain raiser game is to give Kotoko adequate time to prepare for their Champions league game and also afford the Black Galaxies to secure qualification for the CHAN tournament next year.

Ghana recorded a 2-0 victory over their Nigeria counterparts in the first leg of the qualifiers at the Cape Coast stadium last Sunday. The second leg comes off next Saturday at the Moshood Abiola National Stadium in Abuja.

The Ghana champions will tackle Rail Club du Kadiogo at the Stade de Yamoussoukro in the first leg of the Champions League before hosting them in the second leg in Kumasi a week time.