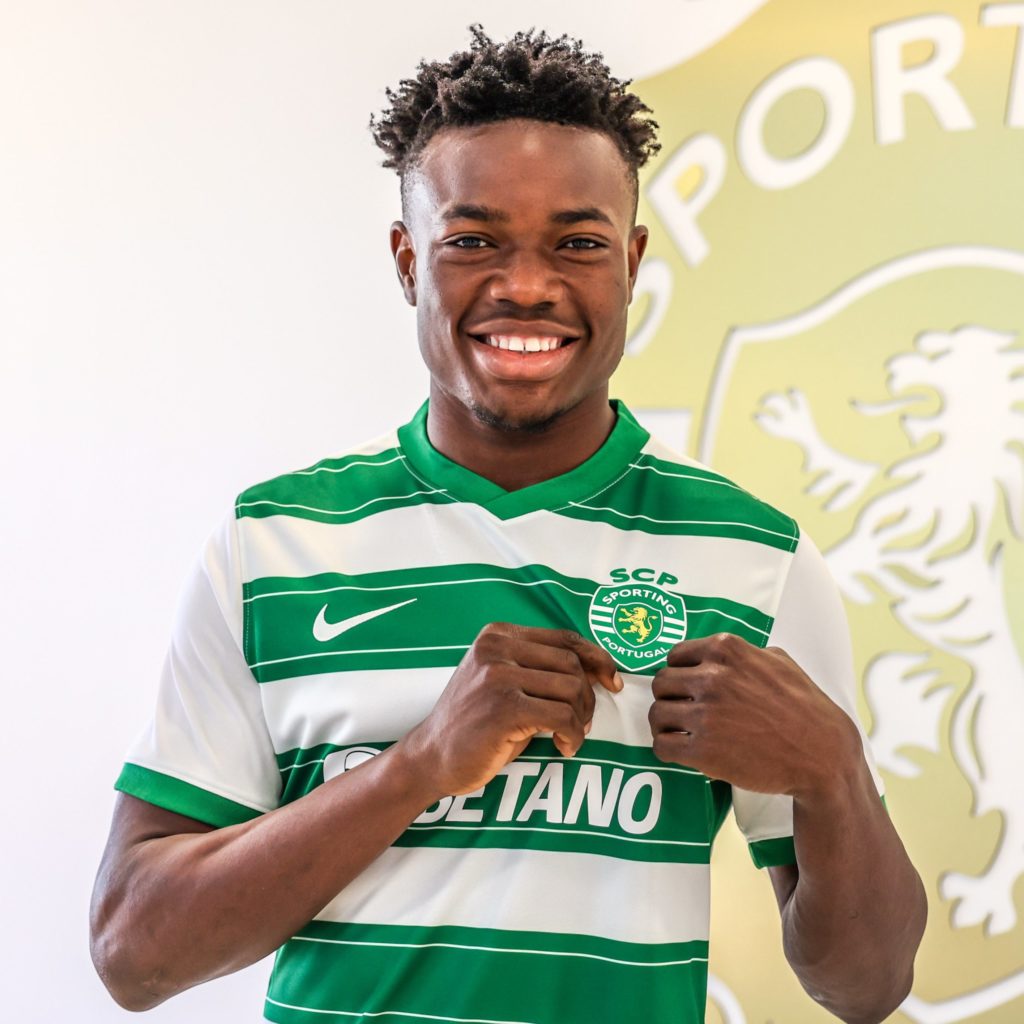 The 18-year-old has signed for five seasons and has a release clause of 60 million Euros, having been presented this Wednesday at the Cristiano Ronaldo Academy, in Alcochete.

Fatawu posed for the usual photographs with the presence of Frederico Varandas, president of the Board of Directors, and spoke to the Sporting CP media.

In his first words after completing his transfer, the highly-rated teenager revealed his ambitions.

"I'm very happy to be here, it's fantastic. They welcomed me very well", he began by telling Jornal Sporting and Sporting TV .

About his role on the pitch, Fatawu explained that he plays "at a winger and also an attacking midfielder".

"I really enjoy shooting, especially from afar," he added.

Fatawu also admitted that "there are many differences between the football I was playing and Sporting CP". "It will make me grow more", he guaranteed.

Fatawu is joining the Portuguese champions from Ghanaian second-tier Steadfast FC in a deal reported to be around 500,000 Euros.

He was named the best African U20 player last year after helping Ghana to win the African Youth Championship in Mauritania.

During the competition, he played all of the Black Satellites' matches, scoring two goals in the group stages to help his side win the title for the fourth time in its history.

In March 2021, after his exploits with the U20 side, he was given his first call-up to the Ghana senior team as the Black Stars challenged South Africa and Sao Tome in the 2021 AFCON qualifiers.

He scored a free-kick goal against Uzbekistan when the Black Stars' B Team played Uzbekistan.

In September 2021, Fatawu made his debut for the Black Stars in a 3–1 victory over Zimbabwe in a 2022 FIFA World Cup qualifications.

Fatawu made the final squad for the 2021 AFCON in Cameroon earlier this year.

The teenage sensation was involved in Ghana's World Cup qualification last week when the Black Stars edged out Nigeria and he started in both games in the two-legged play-off.