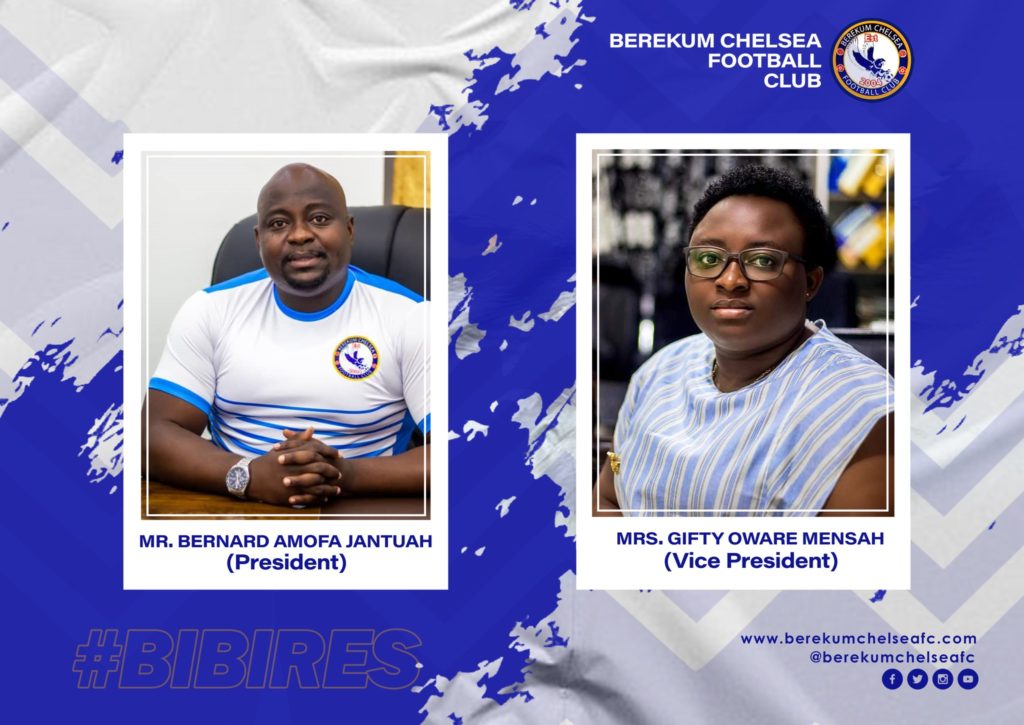 Ghanaian top-flight side Berekum Chelsea have a new owner as businessman Bernard Amofah Jantuah has completed a takeover of the Brong-Ahafo-based club that has a rich history in the game.

The America-based freight mogul will be the new President of the club and will be assisted by Mrs Gifty Oware Mensah who is a rising star in women's football administration in Ghana.

The billionaire businessman Juantuah, who is into the Ocean and Air freight business, is also the CEO of Baltimore-based Benamof Logistics LLB.

He will take full control of the club after completing the purchase of the club on Friday night after several months of negotiations.

The amount involved in the full take over was not disclosed but insiders say a hefty amount was paid.

The change ushers in a new direction for the club that once took Africa by storm with its herocis in the CAF Champions League under the leadership Mr Emmanuel Kyeremeh.

He migrated to Canada with his family.

Under Jantuah, Chelsea will be seeking to revive their standing in Ghanaian and African football with modern operations to be set up at the club.

Nana Kwame Nketiah will continue to hold some administrative position at the club but the vision will be mainly driven by Jantuah and Mrs Oware.

The club will move fully into the digital era with future plans for massive development including an academy where top players would be groomed.

Mrs Oware is an interesting development as she moves fully into the game after leading with modern football administration in the women's game.

Her Berry Ladies Club have been seen as the trend setters in the game following their arrival in recent years.