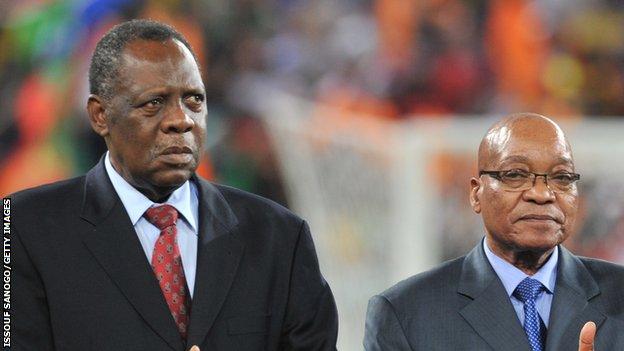 It followed a meeting on Saturday morning when President Zuma received Hayatou at his residence in Pretoria.

South Africa's Mamelodi Sundowns, winners of the African Champions League, were scheduled to host the continent's Confederation Cup winners, TP Mazembe of the Democratic Republic of Congo, later on Saturday.

Issa Hayatou, who has presided over African football since 1988, will be seeking an eighth term in office when he stands in the elections in March to be held in Ethiopia.

The Cameroonian was re-elected unopposed during the last Caf presidential elections in 2013.

He had previously stated this term would be his last until a change of regulations altered his stance.

In 2015, Caf voted to change the statutes which previously stopped officials serving past the age of 70.