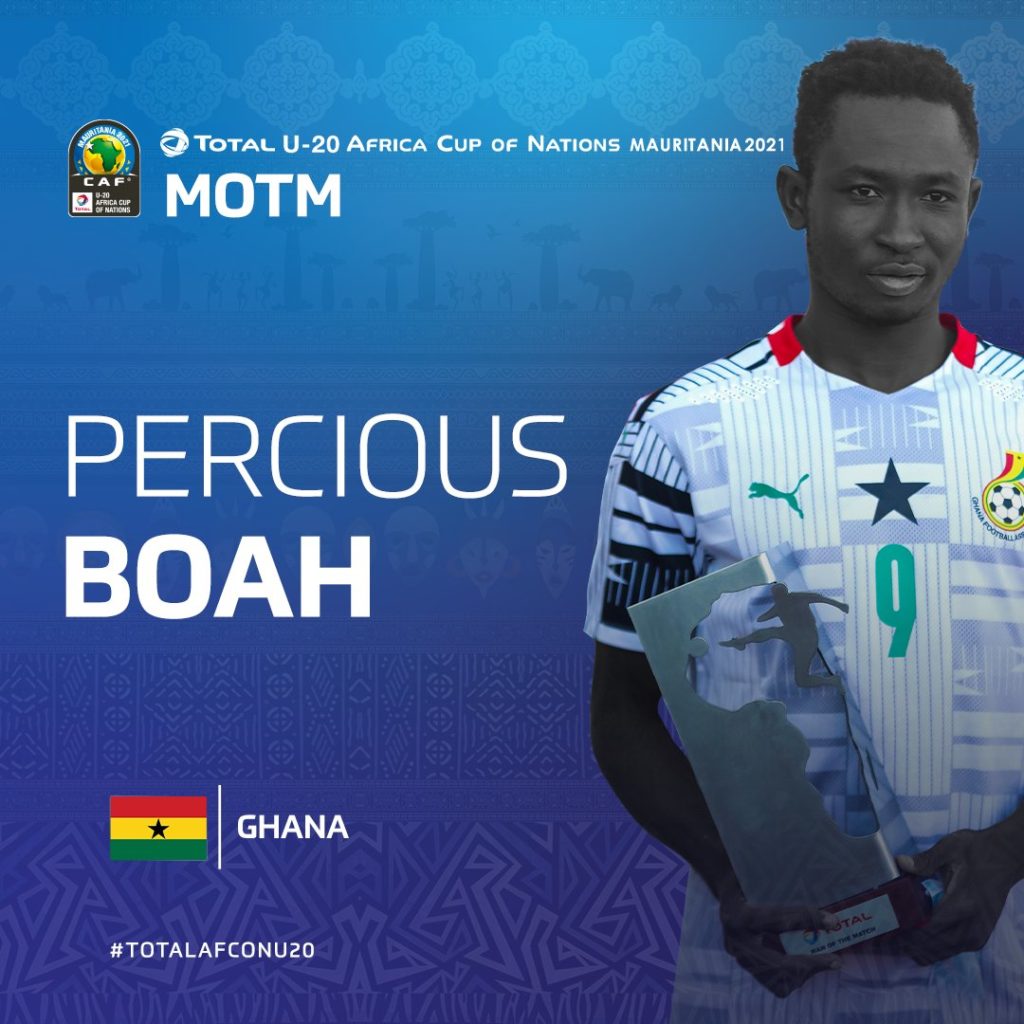 Ghana’s Percious Boah has been named Man of the Match in the Black Satellites semifinal victory over The Gambia at the Africa U-20 Cup of Nations in Mauritania.

The Dreams FC forward netted the game’s only goal with a brilliant freekick in the 34th minute.

The lanky forward leads the golden boot race with three goals and two of those coming from his ferocious free kicks.

The Black Satellites are chasing a fourth Africa Youth Championship title after winning the WAFU Zone B Cup of Nations last year.

Karim Zito’s boys will be waiting the winner of the game between Uganda and Tanzania in the other semifinal.