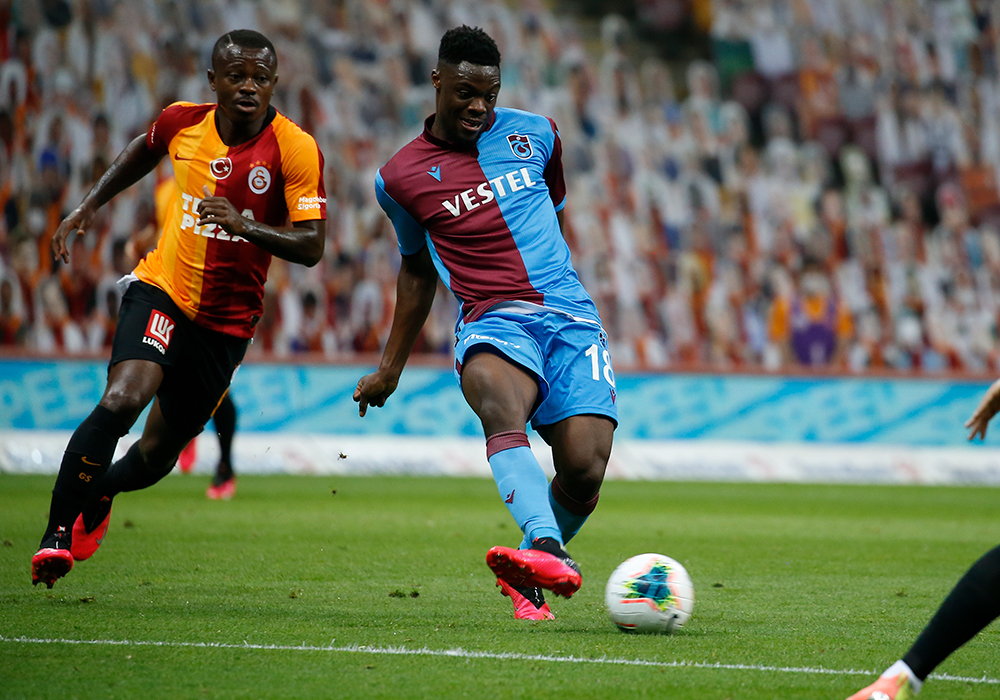 Ghana forward Caleb Ekuban returned from injury to star as Trabzonspor recorded a big win against Galatasaray to revive their title hopes.

The 26-year old who missed last weeks 1-1 draw against Ankaragucu passed a late fitness test, and started as the Black Sea Storms made light work of their rivals after beating them 3-1 at the Ali Sami stadium.

The strong forward was difficult to handle by the defence of the hosts, with his pace and power causing trouble through out the game.

Jose Sosa opened the scoring for the travellers in the 41st minute from the spot before Filip Novak netted the second with 20 minutes left on the clock.

Ekuban was replaced in the 85th minute by Bilal Basackoglu before a late draw saw Galatsaray pulled one back from the spot.

Jean Michel Seri's 93rd minute penalty seemed to have sparked a late revival but Alexander Sorloth killed any form of fight back after scoring the third with the final kick of the game.