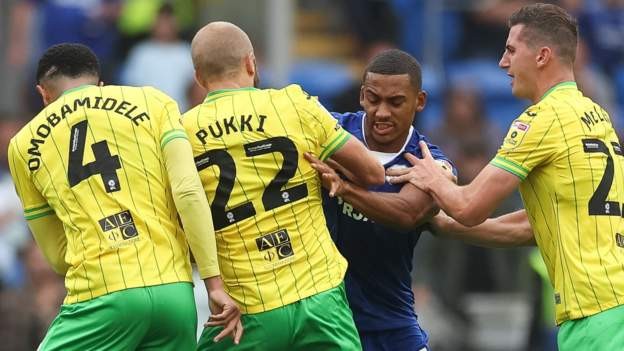 Cardiff City and Norwich City have been fined by the Football Association after the bad-tempered 1-0 home win for the Bluebirds on 30 July.

Referee Tim Robinson had to deal with a centre-circle scuffle between players, in a match that saw Cardiff's Perry Ng and Canaries' Grant Hanley sent off.

Both clubs admitted they "failed to ensure players conducted themselves in an orderly fashion".

The FA statement continued: "Norwich City FC admitted a charge from the FA and accepted the standard penalty.

"Cardiff City FC admitted a non-standard charge and requested a paper hearing where its fine was imposed by an independent regulatory commission."