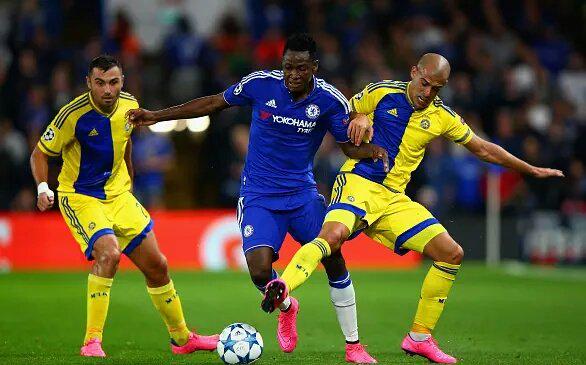 Chelsea defender Baba Rahman snubbed a loan move to West Brom to enable him stay in the English Premier League and opted for the German Bundesliga club Schalke.

The Ghana international opted not to sign for West Brom because he wants to play before capacity crowds which will be offered when playing for Schalke, his manager has revealed.

West Brom were among the the four clubs seeking the signature of the left-back after it became clear that he does not feature in the plans of new Chelsea manager Antonio Conte.

Italian giants AS Roma, Bundesliga outfits Liepzig and Hoffenheim were on keen on the defender but the lure of playing before capacity crowds looks to have forced the move back to Germany.

“Baba prefers to play infront of a 60,000 packed capacity arena every week, hence the decision to opt for Schalke among all the others," Baba's manager Kurt Okraku said.

Baba left Chelsea's training camp in California on Friday night ahead of his loan switch to German giants Schalke.

The 22-year-old boarded a flight from California heading to the German city of Dusseldorf before the short ride to Schalke.

He arrived in Germany by Saturday afternoon before talks with Schalke clubs officials over the loan move to the ambitious club.

Rahman will undergo a medical with German giants Schalke on Sunday before the deal is sealed after the two clubs agreed to the move.