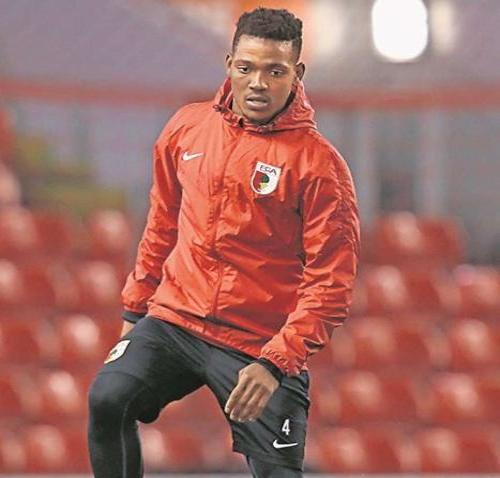 Crystal Palace manager Alan Pardew is reported to be interested in making a move for Ghana defender Daniel Opare.

According to reports, the talented right-back will be allowed to leave Bundesliga side Augsburg on a free this summer after struggling to settle down last season.

The 25-year-old, who was signed as a replacement for compatriot Baba Rahman, could not fit in and managed just four league appearances.

But Pardew is not the only Premier League managing monitoring the Ghana international.

Middlesbrough, Bournemouth and West Brom are also keeping tabs on him.

Championship side Norwich are said to be interested in the former Real Madrid youth team player.

Opare has had spells with Standard Liege, Porto and Besiktas and also played at the 2014 FIFA World Cup finals in Brazil.