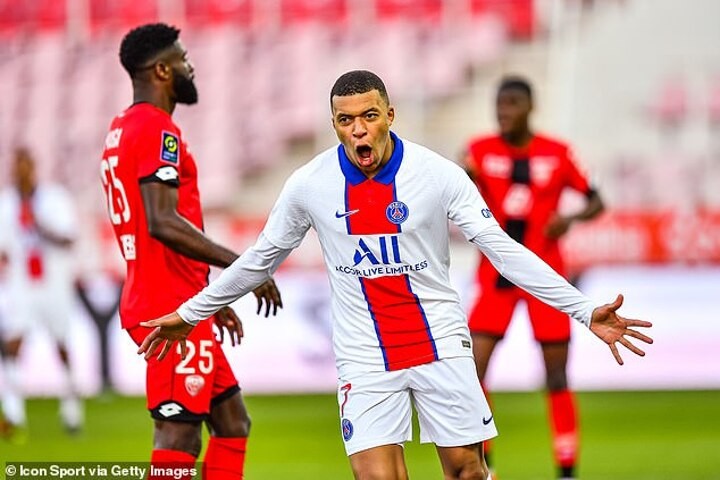 Kylian Mbappe scored twice more to take his tally to 18 goals in 23 Ligue 1 games this term as Paris Saint-Germain comfortably saw off Dijon to move within a point of surprise leaders Lille.

With Christophe Galtier's men playing Strasbourg tomorrow, the champions knew they had an opportunity to make inroads at the summit and got off the perfect start when Moise Kean adjusted his feet smartly and slid home his 11th league strike of the season after moving on loan from Everton.

The visitors doubled their advantage on 32 minutes after former Manchester City and Swansea midfielder Bersant Celina handled in the box and Mbappe did the rest from 12 yards.

Despite the visitors being without Neymar, Angel Di Maria, Marco Verratti and Leandro Paredes, the contest was knocked on the head six minutes after the break when top scorer Mbappe curled into the far corner from close range following a neat reverse pass by Rafinha.

Porto loanee Danilo then rounded off the scoring as Mauricio Pochettino recorded his biggest win on the road since taking over as head coach from Thomas Tuchel.

As a result of the win, PSG have leapfrogged Lyon - who are at Marseille tomorrow - into second. Dijon, meanwhile, are nine points adrift of safety at the bottom.