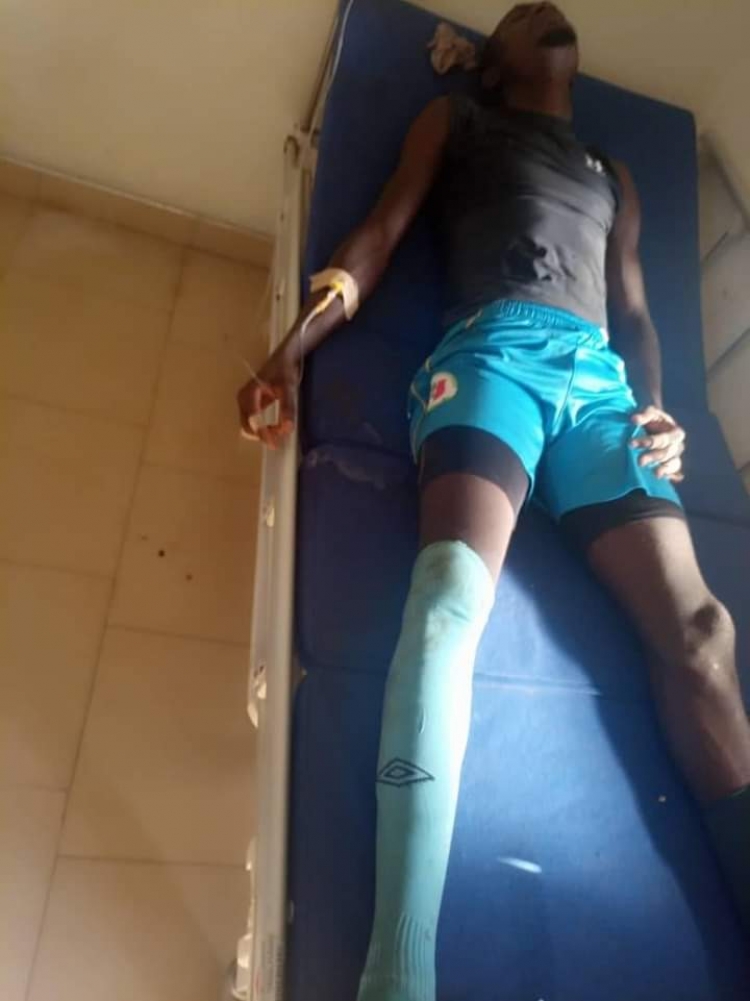 Sekondi Hasaacas goalkeeper Anthony Brebo has regained consciousness after passing out just minutes after he was attacked  by thugs of  Unistar Academy in their Division One League fixture on Sunday, 11 July 2021.

Brebo is reported to have been beaten up by team driver of Unistar Academy as he made his away on the pitch for the second half of the match.

A statement read: ''The Club assure all followers that Goalkeeper Anthony Brebo has regained consciousness and in a better situation.

The goalkeeper went unconscious two minutes into the second half in a 2-1 win against Unistar Academy and it took team physician, Richard Quarshie who performed a cardiopulmonary resuscitation on the player before being stretched out to the Otabilkrom Health Center.

''Earlier, after the first half break, Anthony Brebo was at the mercy of two Swedru-based people, one identified as a team driver of Unistar Academy who physically assaulted the Goalkeeper in the open view of everyone at the Swedru Stadium.

''It is believed that the earlier incident affected Anthony Brebo and contributed to him going unconscious two minutes into the second half.''