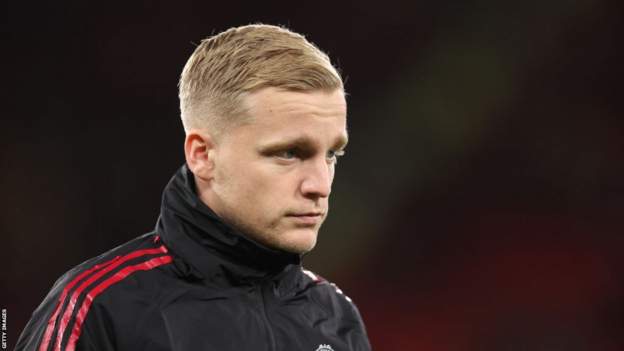 Crystal Palace are interested in signing Manchester United midfielder Donny van de Beek on loan until the end of the season.

Talks between both parties are ongoing but the player is known to want regular game time.

The Dutchman, 24, who signed a five-year-deal at United is open to the move to Selhurst Park.

Van De Beek has not started a Premier League game this season, making just eight appearances from the bench.

Palace manager Patrick Vieira has made it known he would like to improve the squad and mentioned that in his pre-match press conference ahead of the 3-1 loss to Liverpool on Sunday.

The Eagles are currently 13th in the Premier League with 24 points.