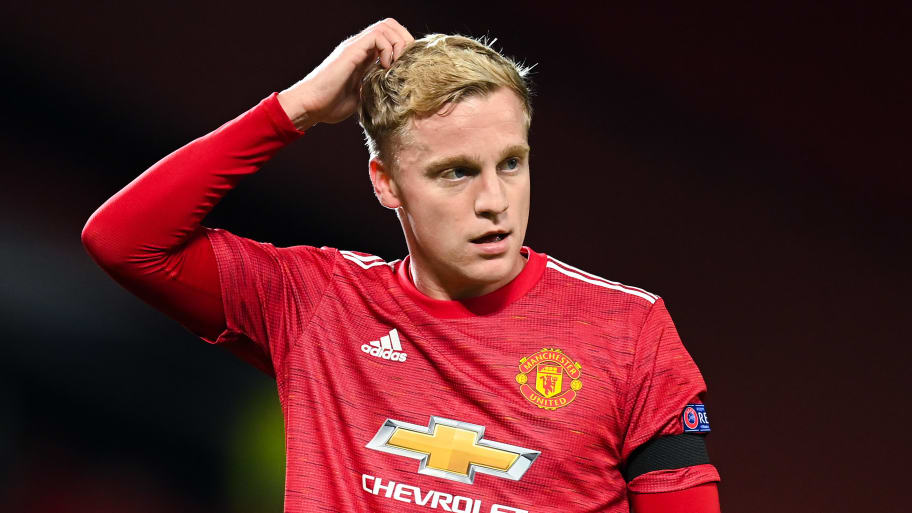 Donny Van de Beek's management have denied reports the player is looking to quit Manchester United less than a year after joining the club from Ajax.

The 24-year-old arrived for a fee of £35m last September and has struggled to hold down a regular place in Ole Gunnar Solskjaer's side, with midfield rivals Paul Pogba, Scott McTominay, Bruno Fernandes and Fred all earning more opportunities.

VI's Simon Zwartkruis revealed during the VI EK Live talk show that he recently had a conversation with the player's agent who strongly denied the rumours.

“He said it was complete bulls**t," claims Zwartkruis. "There has been a conversation with the trainer about next season. He just has to get fit quickly, so that on day one he is the strong Van de Beek they bought at the time."

Van de Beek made 19 appearances in the Premier League last season but was only selected in the starting XI four times. He played 15% of United's total minutes in the English top-flight and despite arriving with plenty of promise, the Dutchman was very much a peripheral figure.

After a difficult season, the Netherlands international was dealt more disappointment when he was ruled out of Euro 2020 through injury. While there has been much speculation regarding a potential move away in recent weeks, it appears it's nothing more than hot air.

His contract in the north of England runs until 2025 and judging by this latest information, albeit having been passed on through a third party, Van de beek has no intention of giving up on his United dream just yet.

More often than not, Solskjaer has settled on a double midfield pivot of McTominay and Fred in order to maintain a defensive balance when releasing the shackles from the likes of Fernandes and Pogba. As a result, Van de Beek was left in limbo.

Where he'll fit into this current set-up remains to be seen, but there appear to be no signs of panic from the player or his camp with regards to his lack of game time so far.

This article was originally published on 90min as Donny Van de Beek not planning Man Utd exit this summer.