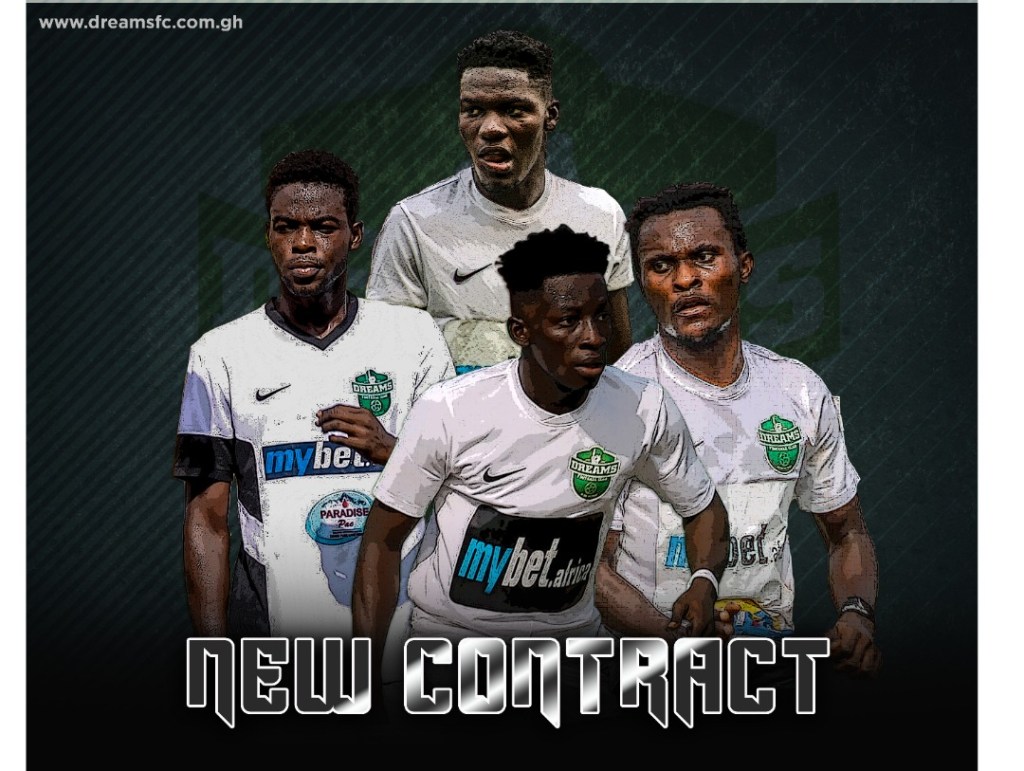 Ghana Premier League side Dreams FC have handed four players new contracts that will see them stay until 2023.

Michael Agbekpornu, Victor Oduro, Philimon Skoto Baffuor and Kinsley Owusu were given improved contracts ahead of the start of the new season.

Victor Oduro graduated from the youth ranks last season. He earned a debut in the opening fixture of the 2019/20 season and was a key part of the squad until the suspension due to the global pandemic.

Versatile right-back, Philimon Akoto has been a starter since his promotion from the youth side Still Believe FC. Baffour can play as a right-back and also as a winger an attribute which makes him a special member of the team.

He is expected to dominate headlines this season with his energy and scintillating run on the flanks.

Kinsley Owwusu also graduated from the youth team last season endearing himself to the technical team. The young defender was an integral member of the 2019/20 season and will be staying for the next 3 years.

Owusu has been a target of several European outfits is keen on making a mark and wants to develop his full potential at the club. He is currently on  national team duty with U20.