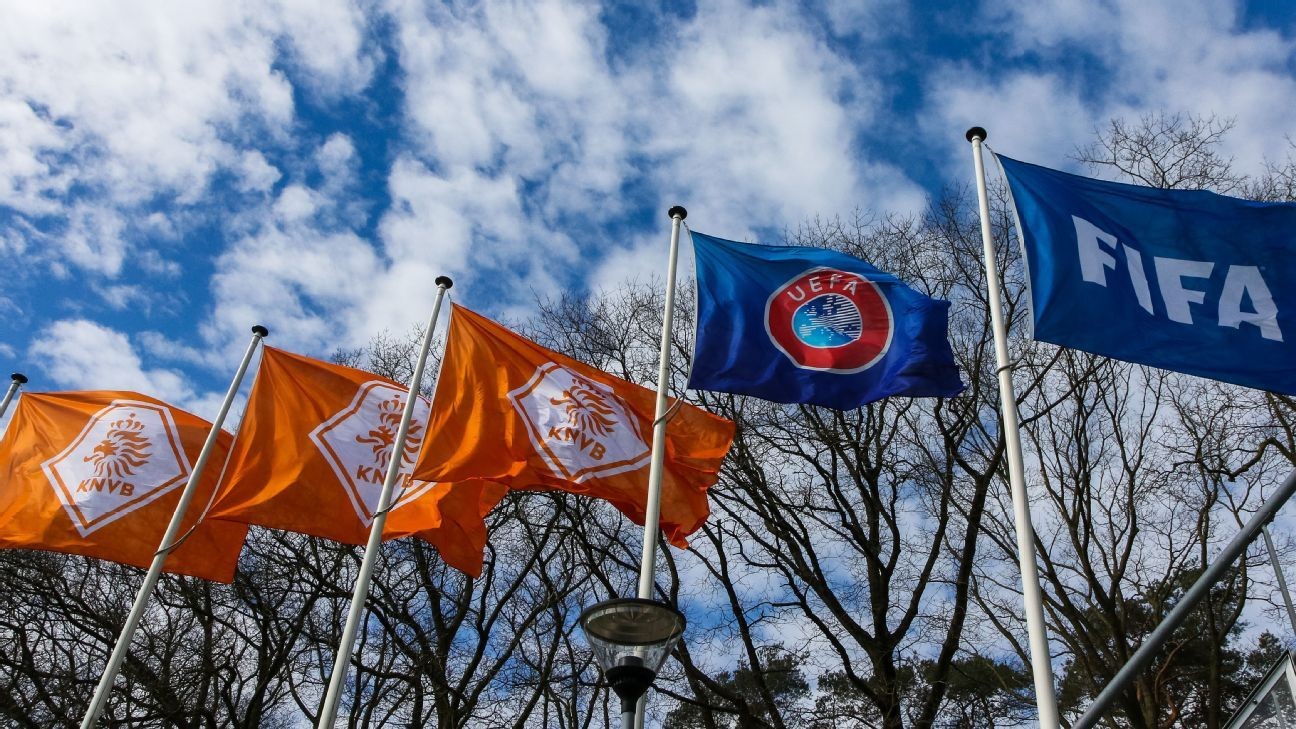 Ellen Fokkema will be the first player to participate in the Dutch FA's pilot programme. BSR Agency/Getty Images

The Dutch Football Association announced a pioneering scheme on Tuesday, allowing a woman to play competitively at a men's team in the country's ninth tier in the hope of greater womens' participation in the men's game in future.

Ellen Fokkema, 19, is the first player to participate in the pilot and will play for VV Foarut's first team.

Girls and young women are able to play Category A mixed football up to under-19 level but after that have to play with Category B teams.

"It's fantastic that I can continue to play in this team," Fokkema said in a statement.

"I've been playing with these guys since I was five and I was sorry that I wouldn't be able to play with them in a team next year.

"From the KNVB [Dutch FA] I was always advised to continue playing with the boys for as long as possible, so why shouldn't it be possible? It is quite a challenge, but that only excites me more.

"I asked the club if something was possible and together we submitted the request to the KNVB. My teammates also reacted enthusiastically that I can stay with them. I can't say how it will go, but I am very happy anyway that I can participate in this pilot. "

The Dutch FA said they will monitor the progress of the pilot and should it be successful, look at permanently changing the regulations to allow women to play alongside men.

"Every year there is a request from an association to let a woman play football in their first men's team," director of football development at the KNVB Art Langeler said.

"In my opinion it is special that girls at all levels can play mixed football, but as soon as boys move on from under-19 to Category A of the men, they have to play football without the woman in their team.

"The KNVB stands for diversity and equality. We believe that there should be room for everyone in every way."

Women's football was first recognised in the Netherlands in 1971 while mixed football was introduced in 1986.