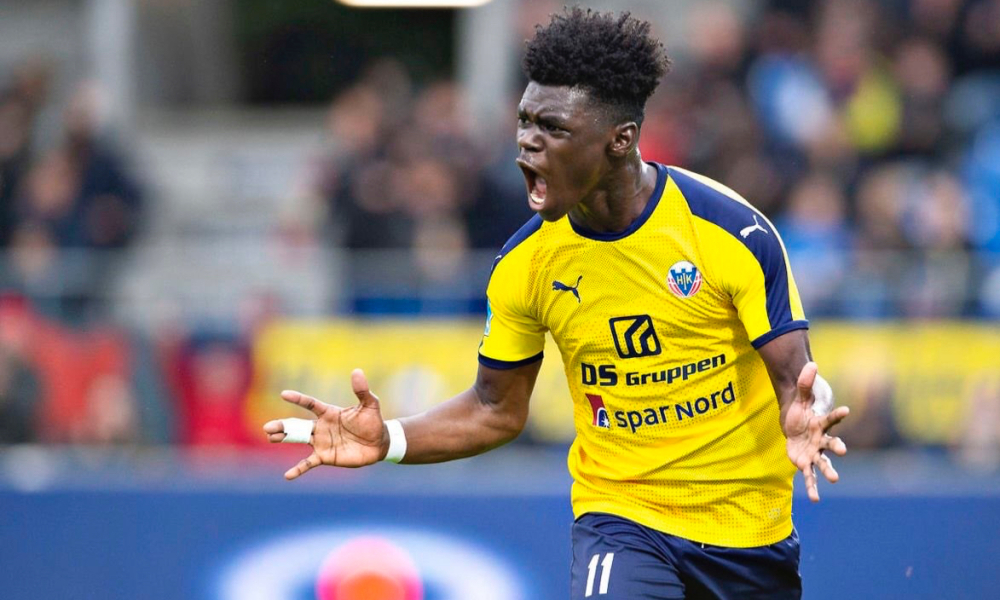 Ghanaian winger Emmanuel Afriyie Sabbi scored for Hobro in the 3-2 home defeat to  Randers FC in the Danish Superliga on Sunday.

The 22-year-old was on target before the half hour mark to reduce the deficit for his side after going two-nil down.

Randers FC shot ahead in the 10th minute through Bjorn Kopplin and had their lead doubled after 23 minutes courtesy Vito Hammershoy Mistrati.

Tosin Kehinde made it 3-1 for the visitors but with a quarter of an hour left Imed Louati pulled one back for Hobro.

He was born in Vicenza, Italy to Ghanaian parents and grew up in the United States so he is eligible to play for the three countries.