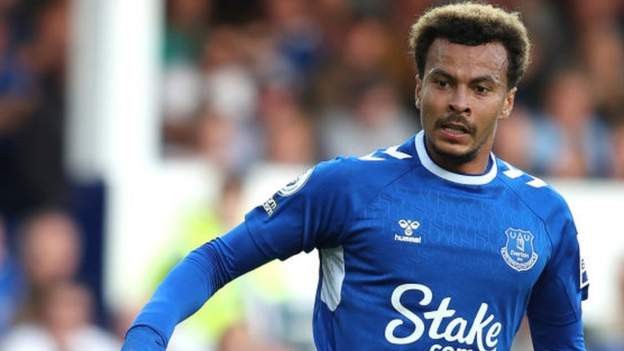 Everton and Besiktas are in talks about a potential loan move for midfielder Dele Alli.

The 26-year-old, who has been capped 37 times by England, has started one game in 13 Everton appearances since joining the club from Tottenham last January.

However it is not certain that a loan move to Turkey will happen.

But if it did, it would represent a blow to the former Spurs player, who joined Everton in attempt to revitalise his career.

But Everton boss Frank Lampard has called on Alli to show more consistency in training. He has been used as a second-half substitute in both of the club's league defeats so far, against Chelsea and Aston Villa respectively.

Meanwhile, it is understood Everton are edging closer to concluding the signing of Paris St-Germain midfielder Idrissa Gueye.

The two clubs have been in talks about a return to Goodison Park for the Senegal international since last month.