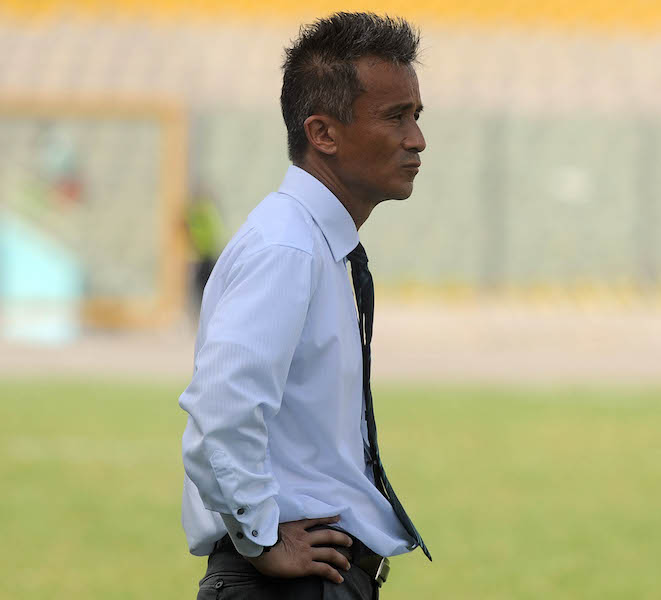 Former Hearts of Oak gaffer is convinced that he can do a better job than Kwesi Appiah by leading the current Black Stars team to clinch the FIFA World Cup.

The West Africa giants are enduring a difficult start at the ongoing Africa Cup of Nations - drawing 2-2 the Squirrels of Benin.

Kwesi Appiah’s outfit needed to get their campaign back on track when they squared off against defending champions Cameroon.

However, they were dominated by the Indomitable Lions but managed to secure a point after a scoreless draw.

The performance of the team in Egypt has prompted several football advocates to chance on coach Kwesi Appiah - with some even calling for his sack before the end of the tournament.

In the wake of the match against Cameroon, former Hearts of Oak trainer Kenichi Yatsuhashi waded into the issue by declaring that could perform far better than the ex-Al Khartoum Watani tactician in the team’s dugout.

If you put me in charge of Black Stars, I will win World Cup for you.

The Japanese gaffer believes he can guide the team to win the World Cup should he be handed the opportunity.

Yatsuhashi became the first Asian to coach a Ghanaian club after joining Premier League giants Hearts of Oak in November 2015.

The Black Stars meanwhile, need to record victory in their final match against Guinea-Bissau to book their place in the next round of the tournament.

The match is scheduled to come off on Tuesday, July 2, in Suez.