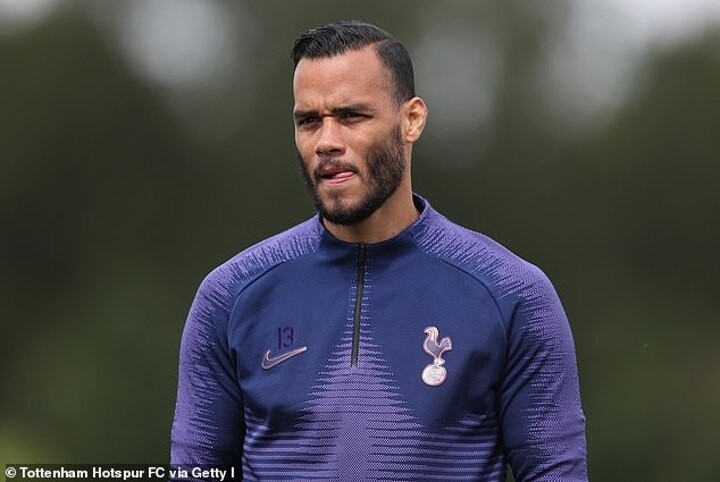 Former Tottenham, Swansea and Netherlands goalkeeper Michel Vorm has announced his retirement at the age of 37.

Vorm left Spurs at the end of last season after making 48 appearances in six years at the north London club, following a spell at Swansea.

He was part of the successful Swans team who won the League Cup in 2013 after becoming the first Welsh team to be promoted to the Premier League in 2011.

The goalkeeper spent much of his career at Spurs playing second fiddle to number one Hugo Lloris, but was a popular figure at the club and was re-signed for the 2019-20 season following an injury to the Frenchman.

The shot-stopper began his professional career at Dutch side FC Utrecht in 2005.

Announcing his retirement on his Instagram, Vorm said: 'I couldn't possibly imagine as a little kid growing up in Nieuwegein that it was possible to sign my first professional contract at Utrecht.

'Playing with and against the best players around me gave me the opportunity to keep developing myself and sign for Tottenham and made me be able to be part of their history and especially the (incredible) road to the Champions League final.

'I am thankful to play for all these clubs and honoured that I was able to represent my country on international tournaments.