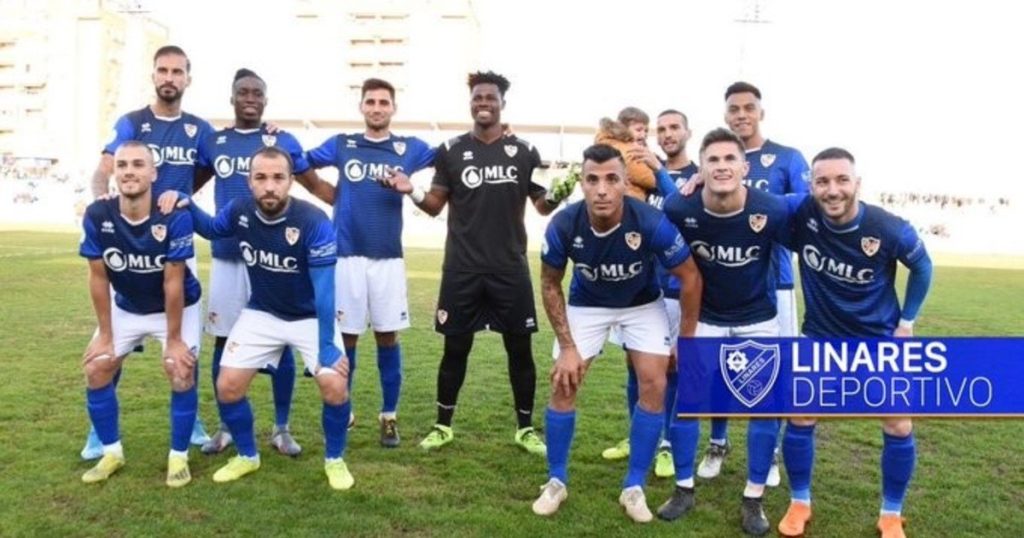 Deportivo Linaraes players avoided standing in front of Razak Brimah in their latest group photo in Spain for the fear of being 'attacked from the back side' by the Ghanaian goalkeeper, Ghanasoccernet.com can exclusively reveal.

The latest group photo shows the Ghana goalkeeper smiling widely after team mates completely avoided standing in front of him to suffer his joking gay gesture.

The 32-year-old sparked global controversy over the weekend when video of him emerged mimicking him having sex with his team-mate from the back while they were taking a group photo.

Brimah grabbed the headlines after he was seen rubbing his pelvis on the butt of one of his team mates who was standing in front of him.

The video, which was posted on the club's official Twitter handle, sparked attention that grabbed divided opinions with some appreciating the joke while others called for him to be investigated.

Though it was thought to be a joke, some users of the social networking site did not take kindly to the volatile gesture.

At the end of a training session this week, players of the Spanish second tier side left him alone during a photo session.