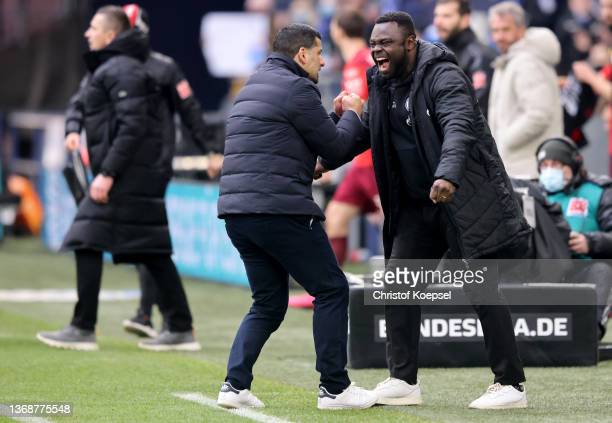 Ghanaian-born former Germany international, Gerald Asamoah will keep his role as team manager of Schalke O4 following their promotion to the Bundesliga, GHANASoccernet.com can exclusively report.

The Royal Blues made a quick return to the topflight after their relegation last season, finishing top of the Bundesliga II with a game remaining.

Schalke confirmed their return after coming back from two goals down to beat St Pauli over the weekend.

The hierarchy of Schalke O4 have kept faith in the technical team led by Mike Buskens.

“Mike did an incredible job. He is the face of this grandiose end of the season. But this path did not just begin with the change of coach. We decided to go the Schalke route, which includes Gerald Asamoah and they will of course remain in these roles. Buyo will sit on the bench, but in a different capacity, that has long been discussed," said Sports Director Peter Knäbel to the Bild.

Schalke O4 will play Nuremberg in the final game of the season.