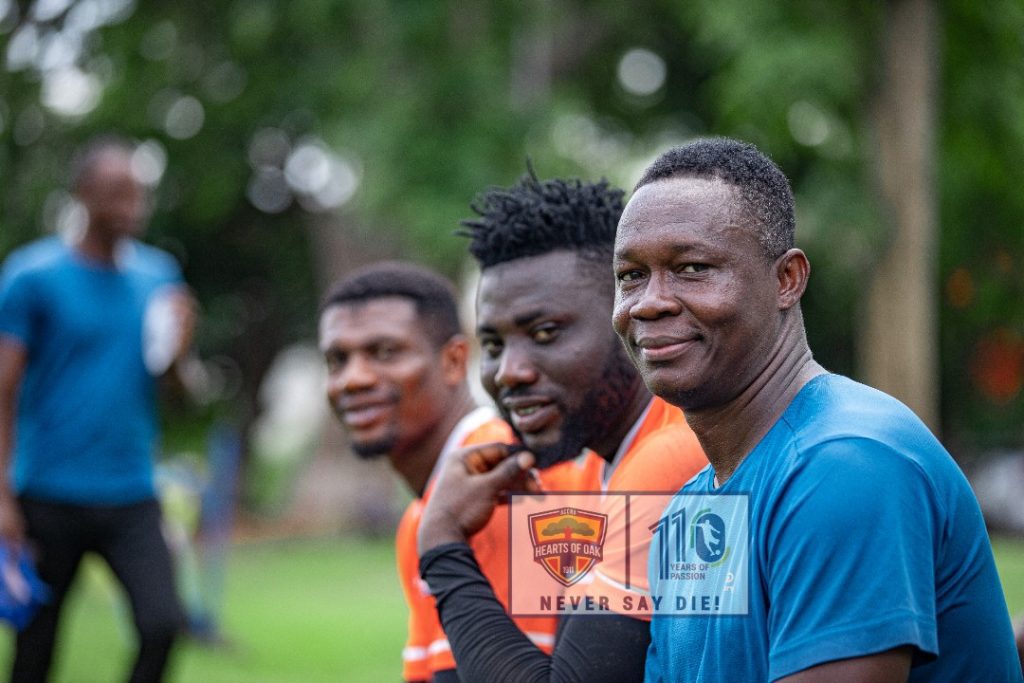 Eric Amponsah is demanding for compensation

Former Hearts of Oak goalkeepers coach Eric Amponsah has reported the club to the Ghana Football Association for non-payment of his compensation following the club's unilateral decision to sack him, GHANAsoccernet.com Headquarters can exclusively confirm.

The former Medeama goalkeepers coach is demanding for a compensation of GHS 105, 000 for breach of contract and 5% interest from October 1, 2022 "until the date of effective payment".

He is also demanding for an outstanding one time payment of GHs 2,475 bonuses for the MTN FA Cup.

The Phobians parted ways with the the highly-rated trainer together with his former boss Samuel Boadu in September.

Amponsah has been forced to take the legal route reluctantly after separate reminders to the club demanding for his entitlement fell on deaf ears with no clear-cut response from the Ghanaian giants.

He is unhappy and frustrated over the club's treatment and has now been forced to notify the governing body over the situation alongside former coaching staff teammate Hamza Obeng.

Both Hamza Obeng and goalkeepers coach Eric Amponsah agreed to step down on huge demands and are now asking for the termination clause to be respected.

GHANAsoccernet.com understands that Hearts of Oak are yet to fulfil their financial obligation to Eric Amponsah despite fulfilling settling his former boss Samuel Boadu.

The Goaso-born coach feels disappointed and betrayed after being sacked one and a half years into their three-and-half-year contracts.

He signed a three-and-half-year deal with the former African champions but was shown the exit door following unflattering results.

He won five major titles for the Phobians in 18 months.