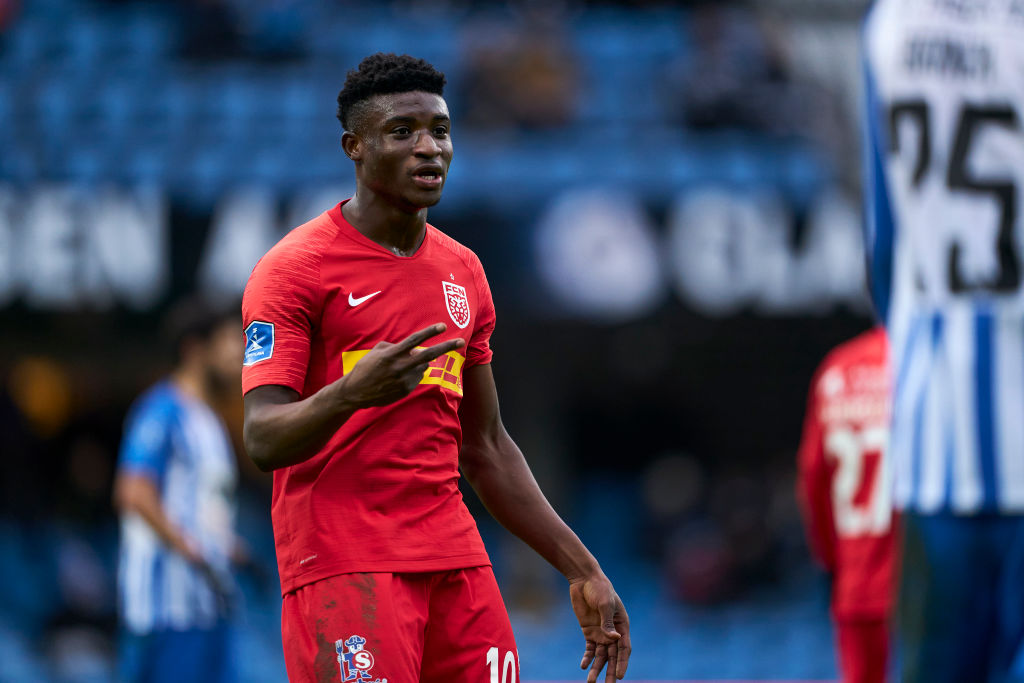 Ghana midfielder Mohammed Kudus made the biggest jump in player value in Denmark despite leaving the Danish Superligaen, GHANASoccernet.com can exclusively report.

The 19-year-old saw his market value grow by €2.7 million which matched his transfer fee of €9 million and that was paid by Ajax Amsterdam.

Last month, the Dutch giants completed his transfer by signing a five-year contract in a high-profile move.

According to experts, Transfermarkt, Kudus' leap was as a result of his headline grabbing performance for Nordsjaelland.

The Right to Dream Academy graduate scored 11 goals in 27 league appearances and provided one assist.

Kudus is in contention for the Golden Boy Award after making it into the final 80-man shortlist for the coveted accolade.

In his absence from the league, the most valuable player is the Brazilian Evander, who plays for champions FC Midtjylland.

He moved value jumped from €4.5 million to €7 million.