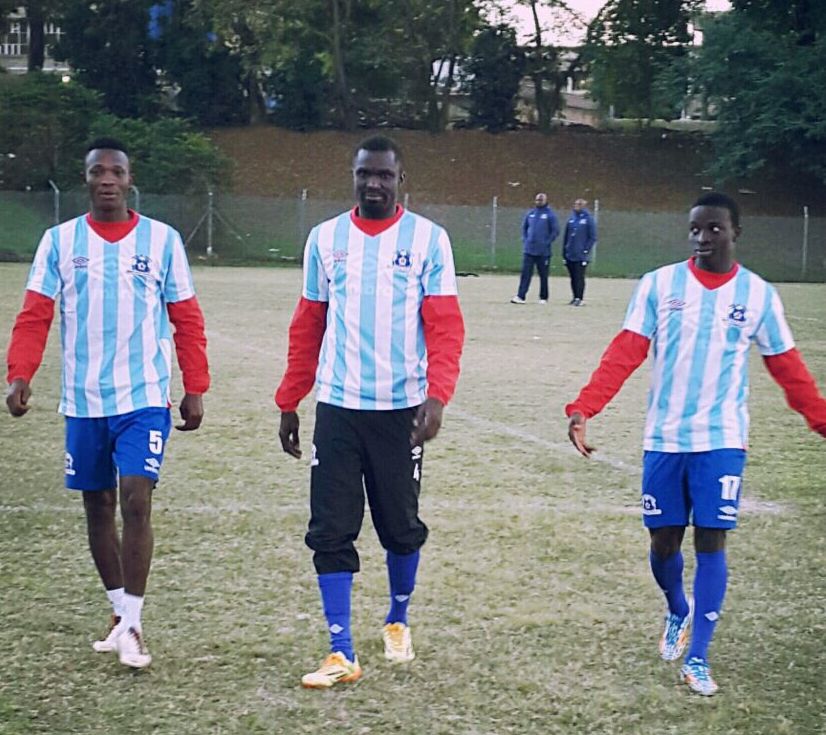 Ghana defender John Paintsil is settling in well at his new club, Maritzburg United through the help of compatriots Awal Mohammed and Frank Sarfo Gyamfi.

The experienced right back started training with the Team of ChoiceÂ on TuesdayÂ having signed a two-year contract the night before.

Paintsil signed for Maritzburg as a free agent having completed his one-year contract at second-tier side Santos FC.

There was an exciting atmosphere atÂ Tuesday'sÂ training session when the ex Fulham defender was introduced to his new teammates, in particular the already existing Ghanaian contingent at the club.

Mohammed and Gyamfi welcomed him to the club as they got on with the day's work.

"It is always encouraging and motivating to have player of his caliber around you," Gyamfi told GHANAsoccernet.com.

"Although I not sure of I will spend the season with him because I may go on loan, we are very happy to have him here with us and hopefully he can help us achieve big things in the coming season."

Paintsil looks to prove himself once more again with top flight football having played out most parts of his career in England.

He has played for Ghana twice at the World Cup and will be looking to get back into the Black Stars team once he proves himself at his new club.