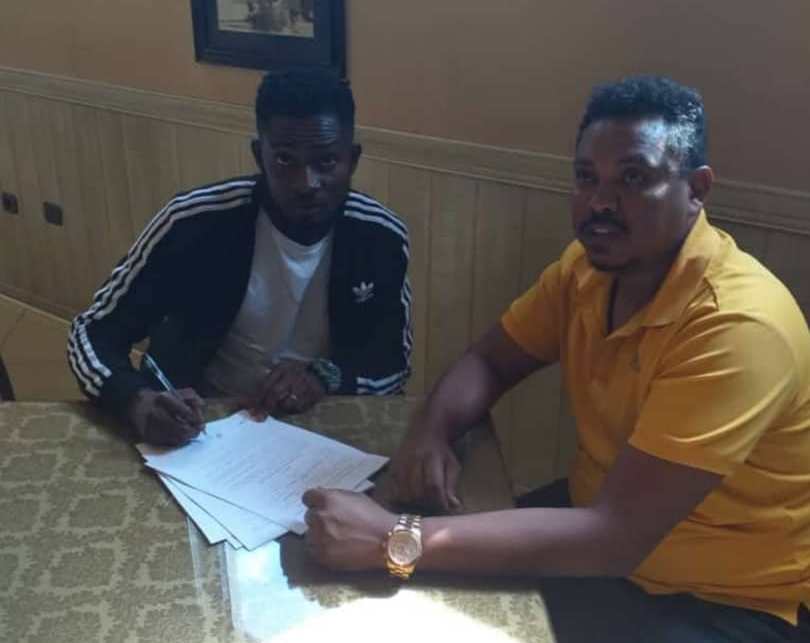 Richmond Adongo signing for a new club in Ethiopia.

The 26-year-old completed his move on Monday after putting pen-to-paper to a one year deal.

The contract was due to expire in January.

Adongo has had stints with Liberty Professionals, Amidaus Professionals and Berekum Chelsea in the Ghana Premier League.

The Unistar Academy graduate has also played for Saham Club in Oman and Buildcon FC in Zambia.