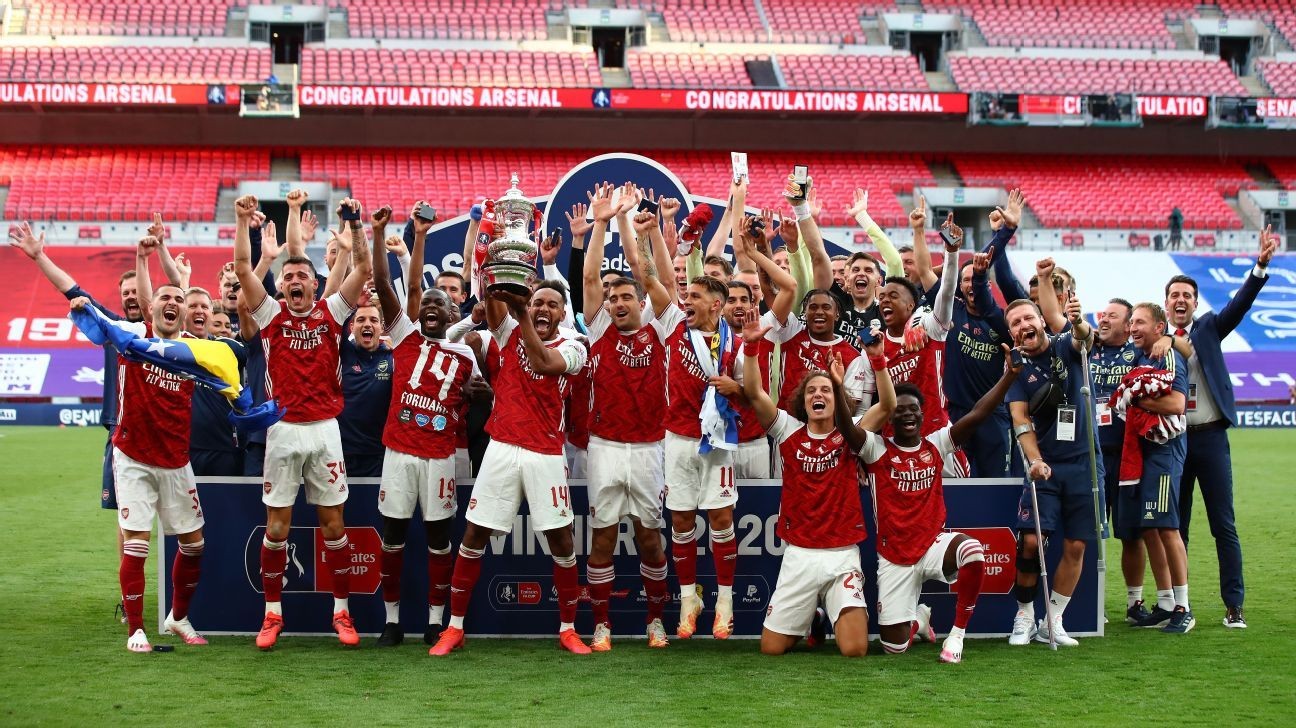 The FA Cup has scrapped replays for the 2020-21 season and halved the prize money amid the coronavirus pandemic, organisers announced on Thursday.

The organisers said replays have been removed to ease the congested football schedule caused by the outbreak.

The financial impact of the pandemic has seen the prize funds decrease and return to the amount during the 2017-18 campaign.

The competition will return on Sept. 1, with the final set to take place at Wembley stadium on May 15 2021.

Arsenal won football's oldest competition for a record 14th time with a 2-1 victory over city rivals Chelsea earlier this month.

The English Football League (EFL) also announced that the Carabao Cup semifinals will only be one-legged next season.

The Carabao first round will take place on Sept. 5 but could be moved due to any potential clashes with international matches.

The final will be on Feb. 28 2021 with Manchester City looking to win the trophy for a fourth consecutive time.